Sources confirm to YWN that the victim who fell off a ladder earlier in Brooklyn, has R”L been Niftar at the hospital. Doctors at the Lutheran Trauma Center tried desperately to save the mans life, but he was Niftar due to massive internal injuries.

A man was reportedly in traumatic arrest Thursday afternoon, after falling off a high ladder.

Boro Park Hatzolah was called to 20th Street and 8th Avenue at around 6:35PM, for reports of a man who fell from a height. Upon their arrival, they found an approximately 40-year-old man with serious injuries as a result of falling from a height of 30 feet. Paramedics were rushed to the scene and were trying to stabilize him.

He was transported to Lutheran Trauma Center, and unfortunately went into traumatic arrest during transport.

Police from the NYPD’s 72nd precinct were on the scene conducting an investigation. 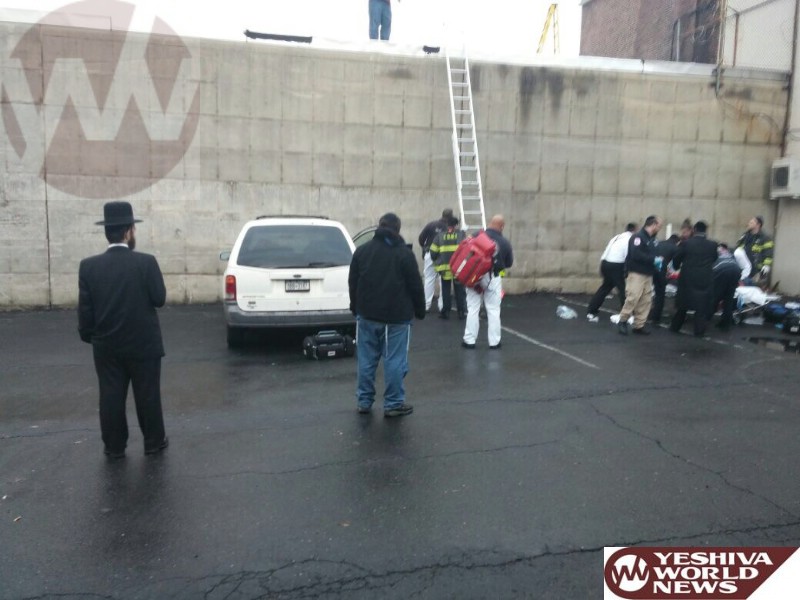