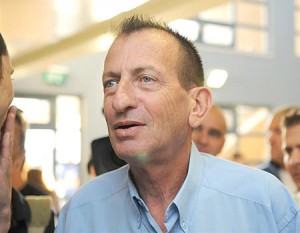 Tel Aviv Mayor Ron Huldai used his Facebook page to get the message out, expressing his support for operating public buses in the city on Shabbos. Huldai comes out strongly against those who express support for maintaining the long-standing religious status quo. Among the audible voices opposing bus service on Shabbos is Transportation Minister Yisrael Katz.

The mayor explains in his post that bus service on Shabbos is for everyone, including left-wing, right-wing, the poor and the wealthy. “Israel is the only country in the world that does not operate public transportation on a quarter of the days of the year, Shabbos and Yomim Tovim. The lack of viable public transportation does not permit people to rid themselves of their vehicles which are expensive and they pollute. Those who cannot afford to have a vehicle cannot visit family or enjoy the beach on Shabbos” Huldai writes.

The storm surrounding the Shabbos bus service began when Katz was approached regarding bus service in Tel Aviv on Shabbos, prompting him to accuse the bus activists of being “leftists and promoting a left-wing political agenda”.