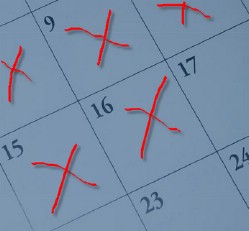 What follows is an overview of some of the spiritual dimensions of Sfiras HaOmer followed by some of the pertinent Halachos. Aside from the actual Mitzvah of counting the Omer, he period of Sfiras HaOmer can be a bit confusing. The reason that it may cause confusion is that there are actually three aspects to it.

• There is the first aspect that it was the time that we transformed as a nation from a lowly spiritual state to our highest point of spirituality ever in our history.
• There is the aspect of the offering of the measure of the newly grown barley crop that was brought to Hashem as an offering in the Beis HaMikdash on the 16th of Nissan. The amount of the offering was called an “Omer” which was one tenth of an Aifa. An Aifa is the volume of 432 chicken eggs. So the Korban Omer is the volume of 43.2 eggs.
• There is the sad aspect of this time period that it is a period of time when the 24,000 students of the great sage Rabbi Akiva died tragically.

The Meforshim ( See Rashash Siddur p. 1070) have explained that the first two aspects are actually tied into each other. The Korban Omer is made of barley, generally the feed of animals. On Shavuos we bring the Shtei HaLechem, food that is the exclusive domain of man. Thus the two offerings represent the transformation from a low spiritual state to a high point of spirituality. Others have further pointed out that the third aspect also ties into the first two in that the students of Rabbi Akiva, unfortunately, did not entirely fathom the full depth of the lesson of the spiritual apogee that the Shtei HaLechem offering represents.

The Rambam writes that it is a Positive Mitzvah in the Torah to count the Omer, as it states (VaYikra 23:15), “And you shall count for yourselves Mimacharas HaShabbos.” The word “HaShabbos” means after the Yom Tov – Pesach. The Rambam (Hilchos Tmidim uMusafim 7:22) is of the opinion that at this time, even though we are in Galus and we do not have the Beis HaMikdash, the Mitzvah still retains its Biblical status.

Most other Poskim (see Beis Yoseph OC 489), however, believe that the Mitzvah is now only MiDerabanan. The Ran, the Rosh and Tosfos hold that since we no longer have the Beis HaMikdash, the Mitzvah is only of Rabbinic origin. The Mishna Brurah rules like this latter opinion. However, the Ramah writes that we must be concerned for the opinion that it is biblical, and that is why we are stringent in regard to these laws.

The Zohar teaches us that on account of this transformation of the nation of Israel, the days themselves were imbued with special qualities and capabilities. How can we take advantage of them?

Our general tools of becoming close to Hashem throughout the year involve the areas of Torah, Avodah and Chessed. This is through developing our connection to Hashem through studying His Torah, in our Davening, and through emulating Him with acts of Chessed. The spiritual “high” we feel after performing a genuine act of Chessed, such as engaging in Hachnasas Kallah, is, in actuality, part of the journey of Dveikus Bashem – connecting and cleaving to Hashem.

During the time of Sefira, we include an additional set of tools. The brother-in-law of Rav Shlomo Alkabetz was Rav Moshe Cordovera zatzal, or the RaMaK. He lived in Tzvas in the 1500’s. In the RaMaK’s Galus HaShechina (p. 116 Yudaikin Edition) we find how these tools may be used:

The combination of each of these attributes, wherein the attribute of the day is an element of the attribute of the week, serves to catapult our personal growth and development in emulating Hashem and developing our Dveikus toward Him. Thus, on the eighth day of the Omer, according to the RaMaK, we should focus on achieving the strength of Chessed (Gvurah sh’bechessed).

ALSO INCREASING OUR SENSE OF APPRECIATION

The Midrash further explains that the Torah gave us this Mitzvah of bringing the Korban Omer on the 16th of Nissan in order to remind ourselves of the Omer of Manna that we received from Hashem – each day we were in the wilderness. This element of the Sfiras HaOmer, therefore serves to increase our Hakaras haTov to Hashem for sustaining us in the wilderness as He made us into His Torah Nation. It also serves as a reminder that Hashem will always love us and watch out for us.

One should stand up when both reciting the Bracha and counting the day of the Omer. One has still fulfilled the Mitzvah, however, if either or both were recited while sitting.

The ideal time to count is after Tzeis HaKochavim – when 3 stars come out. It is also ideal to count after Maariv (See SA 489:1-2), however, it is permitted to count even before Maariv (MA 489:7). This is true even on Motzai Shabbos.

If one generally waits until the 72 minutes of Rabbeinu Tam but is in a minyan that counts earlier – it is preferable to count with the minyan earlier than on one’s own later (See Minchas Yitzchak Vol. VI #45). Some Chassidim, however, hold otherwise (See Klausenberger Rebbe, Divrei Yatziv Vol. II #215).

Ideally, one should avoid counting during twilight – Bain haShmashos (MB 489:14). If he did count during this time he has fulfilled the Mitzvah, but he should also try to count after Tzeis HaKochavim without a bracha.

If one forgot to count at night then one counts the next day without a blessing and then it is permitted to continue counting with a blessing on the next nights.

If one forgot to count at night and also forgot to count in the daytime then one may not count with a blessing on subsequent nights. One still continues counting because many Rishonim hold that he still fulfills the Mitzvah.

The Shla writes that it is proper to make every effort to count the Omer in a Minyan.

If one counted silently, one has not fulfilled the Mitzvah and must count again with a bracha.

If one accidentally informed another of the day of the Omer then one may not count with a blessing. The preferred response is, therefore, to say, “Last night was the eighth night of the Omer..”

If one counted the days but not the weeks, he has fulfilled the Mitzvah, and can therefore continue counting on the next evenings with a Bracha. If, however, he remembered (either that evening or the next day) that he did not count the weeks, he should count again without a blessing.

The Vilna Gaon’s version of the counting has the term “Ba’Omer.” The AriZal and most of the Rishonim had the version “La’Omer.” Each person should follow his or her own custom.

Some have the custom to also count in the daytime to help those who either forgot to count or erred to continue to count with a Bracha (See Yam shel Shlomo end of Bava Kamma that this was the minhag in Eretz Yisroel).

A woman may not be Motzi a man with the blessing.

Children should be taught to count the Omer with a blessing. If the child misses one night, the Chofetz Chaim (BH 657) indicates that he should no longer recite the blessing but should continue counting. Some Poskim disagree with this analysis so one should consult with one’s Rav.