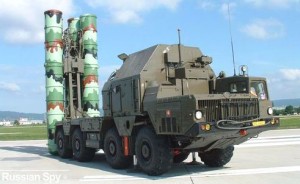 The Kremlin says Russia has lifted its ban on the delivery of a sophisticated air defense missile system to Iran.

Russia signed the $800 million contract to sell Iran the S-300 missile system in 2007, but later suspended their delivery because of strong objections from the United States and Israel.

The decree signed Monday by President Vladimir Putin allows for the delivery of the missiles.