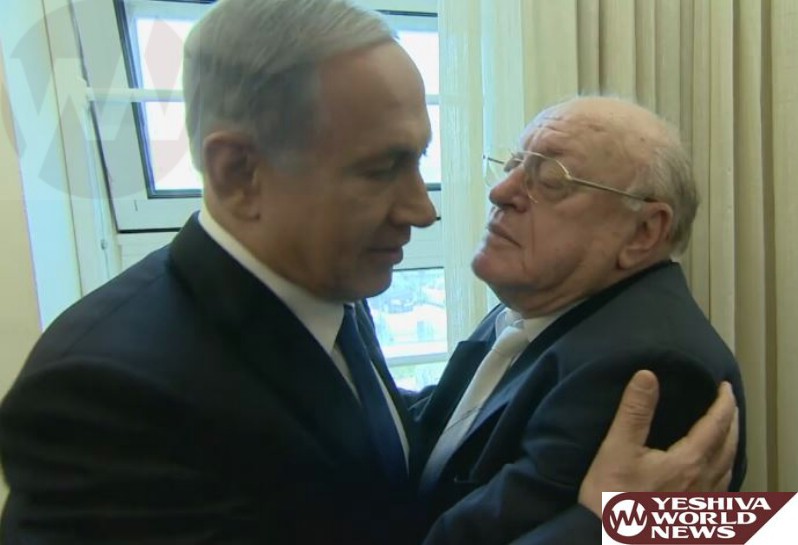 Prime Minister Binyamin Netanyahu on Wednesday 26 Nissan, in Jerusalem, met with 85-year old Holocaust survivor Avraham Niederhoper, originally from Romania. When he was 11, he was taken on a freight train to Moldova and from there to the Shargorod ghetto in Ukraine. Niederhoper told the Prime Minister that after surviving the Holocaust he walked back to Romania. Upon coming to Israel he worked at the Construction and Housing Ministry as an engineer and a construction supervisor.

Prime Minister Netanyahu had invited Niederhoper to today’s meeting in the wake of the latter’s request via the Prime Minister’s Office. At the end of their meeting, the Prime Minister presented him with a copy of Rabbi Phil Chernofsky’s book “And Every Single One Was Someone”, which he had received several years ago, in which the word “Jew” is written 6 million times.

The prime minister said, “There is only one word in this book – Jew, repeated six million times. I keep it here to remember, not only to remember, but to prevent. What they did to you, they want to do to us. Today it is possible to fight; then it was not.”