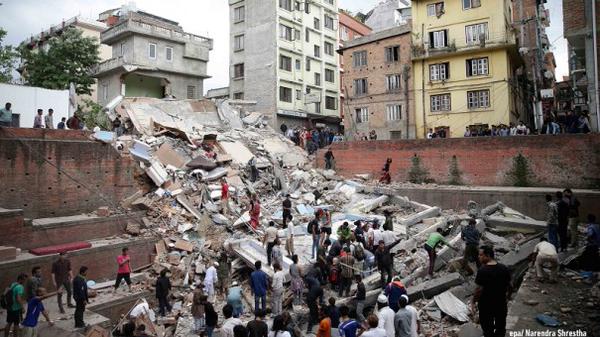 On Sunday afternoon 7 Iyar, Channel 2 News Online reports 150 Israelis are still listed as “out of touch” in Nepal. Dozens of Israeli trekkers in Nepal have yet to contact loved ones or Foreign Ministry of embassy officials.

The situation in the quake-struck area is rapidly deteriorating as running water and food supplies are all but exhausted. Many Israelis have taken refuge in the area Chabad House and Israeli Embassy. Baruch Hashem most Israelis in Nepal have contacted family and/or diplomatic officials but the 150 remain out of touch. A WhatsApp group has been set up to assisted in contacting one another.

It is reported that thousands of buildings have collapsed totally or in part. At least one Israeli trekker sustained a head injury requiring immediate extrication to receive medical care. It is reported his condition is not life-threatening but he must be evacuated for medical treatment.

In Nepal the death toll is reportedly 2,263 as over 4,000 are injured and requiring medical care. It is unknown just how many people are trapped in the debris. The IDF, MDA, Ichud Hatzalah and Zaka teams have and will be departing and a field hospital will be established as Israel has done in so many disaster-ridden countries around the globe in the past.

In Nepal officials report 4.6 million people have been impacted by the earthquake. Most of the victims are left homeless. The quake is reportedly the largest to strike Nepal since 1934.