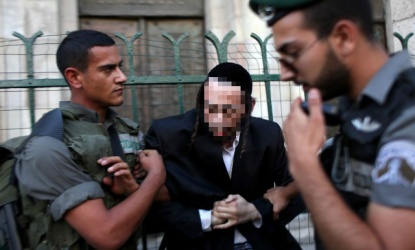 Three military policemen arrived at the home of Rosh Yeshivas Mishkan Moshe of Yerushalayim to arrest him as he is listed as AWOL (Absent without Official Leave) from IDF service. The arrest was made earlier this week.

The rebitzen told the media police arrived at 12:20 in civilian garb. They instructed her husband to come with them and that he is under arrest for failing to report for military service.

Military police were in his home about two months ago, but he was not at home. The rosh yeshiva hired an attorney following that earlier visit to probe the situation. He explains he was never summoned for military service but IDF records indicate he received numerous notices, all of which were ignored. The rebitzen adds that her husband requested pushing off military service a number of times and to the best of their knowledge he is categorized as one studying Torah fulltime. She adds that following the earlier visit two months earlier, he was going to go to an induction center but she was about to give birth.

At present, the rav is in IDF Prison 4. Askanim and chareidi MKs are working to obtain his release.

The parents have six children, the youngest being a month old.