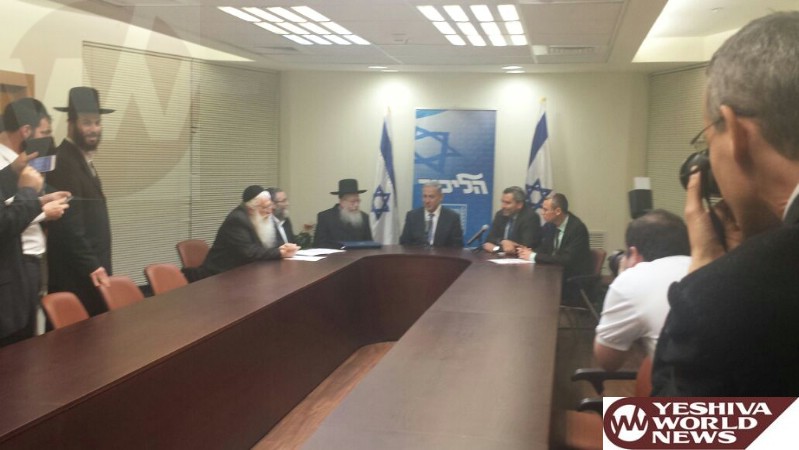 Amid reports that Yahadut Hatorah would be signing a coalition agreement on Wednesday, 10 Iyar, prominent Israeli columnist Dan Margalit joined the once again growing anti-chareidi sentiment. He referred to the developing deal between Likud and Yahadut Hatorah as “extorting the state coffer”.

In his Yisrael Hayom newspaper column on Wednesday, Margalit stated “The agreement with the chareidim made me short of breath, nothing less”.

On his Twitter account he wrote “The Likud gave in to the chareidim at the expense of the dati leumi sector and the status of many civil service rabbonim regarding giyur. As a committed Zionist I am beginning to feel shortness of breath”. He continues by questioning how Bayit Yehudi leader Naftali Bennett is agreeing to what appears to be a closed deal.

Interestingly, Channel 10 correspondent Amnon Levi came out as the tzaddik in Sodom, defending the reported coalition agreement with Yahadut Hatorah. He stated “The increase in monthly child allowances, dental care for children, insurance reform for long-term healthcare, and eliminating the criminal sanctions component of the draft law make me happy as the Lapid laws are finally eliminated”.

The Yahadut Hatorah agreement was signed on Wednesday afternoon.