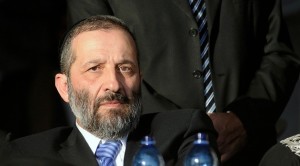 Shas party leader Aryeh Deri has backed down and is no longer demanding control of the Interior Ministry in coalition talks. Realizing the control over the ministry’s District Planning Board was given to the Kulanu party, Deri was more willing to move on to another ministry. Talks with Likud remain deadlocked however as Deri is making a number of demands that in his words, are “deal-breakers”. This includes the elimination of value added tax on basic necessity items in an effort to assist over 2 million citizens living under the poverty level. In addition, Deri wants Shas’ Yitzchak Cohen assigned as a “Minister to the Treasury” to have a man inside the ministry, which is under the control of Kulanu.

Any last but certainly not least, Deri and Bayit Yehudi leader Naftali Bennett remains deadlocked on their demand to control the Ministry of Religious Services.