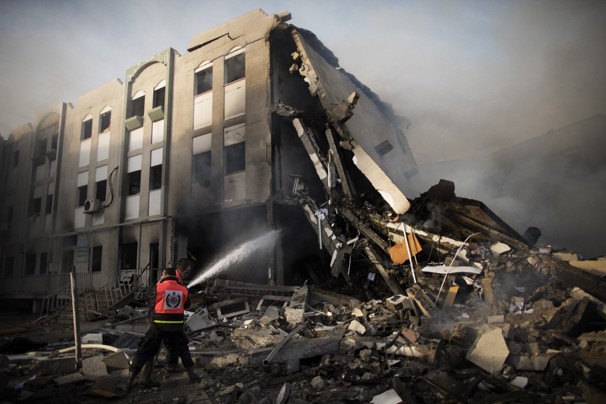 The prosecutor of the International Criminal Court in The Hague warned Israel on Tuesday 23 Iyar that if Jerusalem does not cooperate and furnish material pertaining to Operation Protective Edge she may have to formulate her decision bases solely on information provided by those accusing Israel of war crimes .

Prosecutor Fatou Bensouda spoke with The Associated Press, explaining that to date she is waiting from information from both sides regarding events in Gaza during Operation Protective Edge, the IDF counter-terrorism operation in Gaza during the summer of 2014. There is no fear that the PA (Palestinian Authority) will not comply since it spearheaded the investigation against Israel for alleged war crimes. Israel has to date announced it will not cooperate with investigators, which has been the case.

Bensouda added “If I don’t have the information that I’m requesting, I will be forced to find it from elsewhere, or I may perhaps be forced to just go with just one side of the story. That is why I think it’s in the best interest of both sides to provide my office with information.”

It is explained that to date, she is conducting a preliminary investigation and only after examining the evidence will she decide if an expanded in-depth investigation take place, which also depends on other criteria, including but not limited to if war crimes are within the jurisdiction of the international court and if the alleged crimes are serious enough to warrant the intervention of the world permanent war crimes tribunal.

The prosecutor does not know how long the process will take, explaining in the case of Libya the probe was quick while regarding Afghanistan it has been ongoing for a decade.