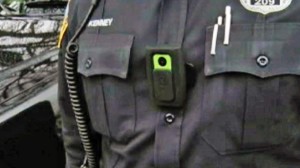 The move comes after violence following the recent deaths at the hands of law enforcement in Baltimore, South Carolina and Ferguson, Missouri focused attention on police conduct and distrust between minority communities and the officers assigned to protect them.

Most of the money in next year’s modest $50 million fund to improve police-community relations would go to grants to states to assess and improve their justice systems, but $15 million would go to help local police departments buy body cameras that would record interactions with the public.

The developments came as a House panel awarded initial approval to a $51 billion measure funding the Justice and Commerce departments and science programs under the umbrella of NASA and other agencies.

The bill is caught in an ongoing battle between the GOP-controlled House and Senate and Obama and his Democratic allies over agency budgets funded by Congress each year. Tight spending “caps” imposed under so-called sequestration are forcing Republicans to, on average, freeze domestic agencies at current levels. But they’ve evaded a freeze on the military by using war accounts as a special resource to give the Pentagon a 7 percent, $38 billion increase.

The bill’s author, Republican Rep. John Culberson of Texas, went after a series of familiar GOP targets in imposing cuts. The Legal Service Corporation, which gives legal aid to the poor, would bear a $75 million cut, or about 20 percent. A grant program for hiring local police would be eliminated, while increases for the upcoming decennial Census would be shortchanged.

Culberson acknowledged that many of the cuts would be reversed if more funding is made available by a budget deal later this year and he touted the new community policing initiative as a step toward “doing everything we can to restore the bond of trust that has to exist between police officers and local citizens.” He said that states will determine who can get access to videos from body cameras and he warned that the federal government won’t take on the expensive job of helping pay for storing them.