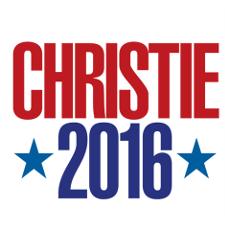 In the middle of a crowd at a brick-walled bar in Dover, Chris Christie is at ease, charming several hundred beer-drinking New Hampshire voters, when he decides to take a final question.

In an instant, the mood changes as Eileen Sahagian, born and raised in New Jersey, tells the governor of her native state she was “beyond horrified” by the role his aides are accused of playing in creating traffic jams near a busy bridge to punish a mayor who declined to endorse his re-election.

“I’m worried about having a president who has people around him who think that that’s OK,” she said.

While Christie isn’t yet officially running for president, it’s clear he and his team are staking his likely bid for the GOP nomination on success in New Hampshire and its first-in-the-nation primary. Moments like the one last week with Sahagian at the bar in Dover illustrate the challenge before him.

In such town halls and one-on-one settings, Republicans and independents in New Hampshire appear drawn to Christie’s brash personality and early forays into policy. But while most of the nearly three dozen voters, activists and political operatives interviewed by The Associated Press in recent weeks are dismissive of what they call the “bridge thing,” many are skeptical he can ever get past it.

“I think he’s great. Talk about gutsy. He’s the first guy that’s actually told us how he’s going to save Social Security and Medicare,” said Jack Balcom, a state representative from Merrimack, after seeing Christie at a diner.

Balcom said he didn’t know why reporters keep bringing up the George Washington Bridge scandal, which led to the indictment of two former Christie allies and the guilty plea of another. But when asked whether Christie has a chance of winning the GOP nomination, his take on the matter changed.

“He’s not going to be the nominee, for sure,” Balcom said. “We’ve got a lot of other good candidates and you know, Christie does have that baggage with the bridge, unfortunately.”

Bill Ostrom met Christie at a restaurant near his home in the western New Hampshire town on Sunapee. “Everybody’s so tired of hearing the baloney that it’s nice to hear somebody that, at least as far as we can tell, speaks what he thinks and he’s not afraid to do it,” said Ostrom, who owns a construction company.

Yet while he accused the media paying too much attention to the bridge issue, he nevertheless acknowledged its impact. “All you need is one little thing like that to just kind of foul up the works,” he said.

Christie minimizes the scandal as best he can.

He was asked recently how Americans can trust a Christie White House wouldn’t face indictments, given what happened with the bridge. But he dismissed the question as “silly” and told people at the Dover town hall that he was done apologizing.

“I’m moving on from it now,” he said, “because I’ve lived through 15 months of three investigations that have now confirmed everything I said 15 months ago.”

His New Hampshire strategy includes delivering a series of policy speeches, playing up his personality and making the argument his experience as a Republican governor leading an overwhelmingly Democratic state has taught him what it takes to get things done in Washington.

It’s an argument that undoubtedly connects with voters. Jeff Manley, an independent who lives in Stratham, said he showed up at the Dover town hall generally leaning toward supporting former Florida Gov. Jeb Bush. After it was over, his mind had changed.

That support still comes with a caveat. While Manley said he is “absolutely” interested in voting for Christie, he won’t consider doing so unless he thinks there’s a chance he can win.

“You’re not going to waste a vote necessarily if he’s way down in the polls,” he said. “You’re going to vote for somebody who’s in the mix at the end.”

That answer suggests Christie has time to turn things around. Voters are just now beginning to assess the large Republican field. And while not yet a candidate, Christie is as committed to the task as any prospective candidate. He’s spent several days in New Hampshire in each of the past two weeks and will be back again Monday for another town hall and to deliver a speech on foreign policy.

Judy McGuane, an independent who lives in Hampton, said Christie won her over after she saw him at one of his most recent stops.

“I did not come planning to be a supporter,” she said. While she hopes Christie has the time to escape the pull of the bridge scandal, she isn’t sure he can.

“That might be the one that does him in and that would be too bad. Because he’s obviously got a great deal to offer. And his policies? Excellent, excellent policies!” McGuane said. “It would be a shame if that derailed him.”