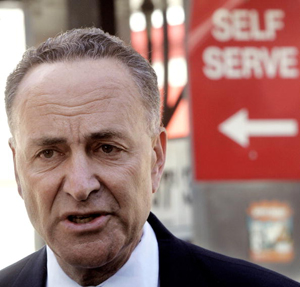 Federal investigators have said the train was traveling 106 miles per hour before hitting a curve where the speed limit is 50 mph. The accident occurred Tuesday night in Philadelphia.

Schumer says positive train control would have prevented the tragedy because the train never would have been able to travel at that speed.

Boehner, an Ohio Republican, ridiculed a reporter Thursday for asking whether the crash was caused by a lack of federal funds for Amtrak.