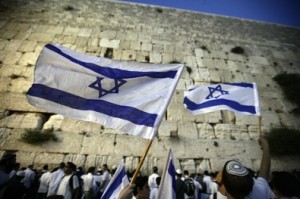 The first decision of incoming Minister of Culture & Sport (Likud) Miri Regev is to relocate her ministry’s office from Tel Aviv to the capital. Regev, who took the oath of office last week, explains she has already contacted the relevant treasury officials to seek an appropriate location for the ministry’s offices. She also decided the official ceremony to mark her assuming the post will not take place in the Tel Aviv office, but in an existing satellite office of the ministry in the Shimon HaTzaddik (Sheikh Jarah) area of the capital.

The ministry’s main activities have been conducted in the Tel Aviv office where the minister’s office has been located. There are satellite offices in the Shimon HaTzaddik and Givat Shaul neighborhoods of the capital, but little was done in those offices to date.

Regev explains that the ministry is also responsible for state ceremonies and symbols and therefore, it is only proper the office should be located in the nation’s capital.

This has been a matter of controversy for a number of years. In 2007 a decision was reached to move all government ministries to the capital within eight years. However implementation has been delayed, in part due to the fact a plan was never drawn up. This was addressed in a 2013 State Comptroller’s Report, who was critical of the fact the government has yet to devise a plan to actualize the decision.

Last year the decision was amended, giving a three-year extension to the original decision. Nothing has changed however since that time since no plan exists. It appears the decision will depend on the diligence of ministers and senior ministry personnel to become proactive and make the step to move from Gush Dan to the capital.

Jerusalem City Hall applauds Regev’s move. Deputy Mayor Ofir Berkowitz stated “I am very proud of the decision. The Hisorarus party has been struggling for four years to have the government decision implemented, to return the ministries to Yerushalayim. This carries a great deal of weight regarding the fiscal development of the capital, 4,000 additional jobs, 40 million NIS additional income from arnona property tax, and an increase of 130 million NIS in private consumption. We will continue to work to move the ministries to the capital of Israel”.

Responding to Regev’s announcement, State Comptroller Yosef Shapira praised the move, calling on other ministries to follow towards implementing the government decision.