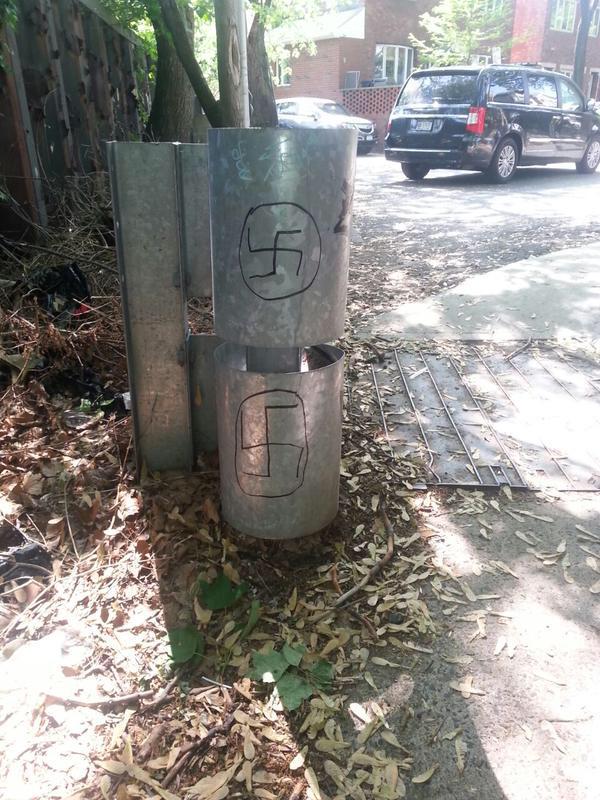 Police are investigating after swastikas were found in a Brooklyn neighborhood Tuesday.

As 1010 WINS’ Sonia Rincon reported, the four swastikas and profanity appeared scrawled in marker on a guard rail where 49th Street dead-ends near 18th Avenue in Borough Park.

Neighbors, including Abe Cohen, were disappointed but not surprised.

“Definitely noticing every few months these kind of situations, where there is this hatred put on the walls of the community,” he said.

Another neighbor said he’s very upset that people in New York would still use this kind of vandalism 70 years after the Holocaust.

“It’s indescribable and very, very painful and I hope the authorities will do everything and anything to catch them very soon,” he said.