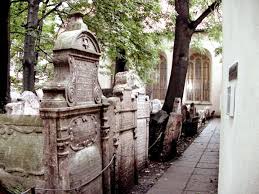 Jewish groups reacted with alarm to a statement by Lithuanian Prime Minister, Algirdas Butkerslius regarding construction planned for one of Jewry’s most sacred sites, the Snipisek Jewish Cemetery in Vilnius.

The Snipisek cemetery had been forcefully taken by the Nazis in 1941, and subsequently by Soviet Russia which erected a (currently abandoned) Concert and Sports Palace in the cemetery. Lithuanian government sanctioned construction of two apartment complexes took place between 2005 and 2009. In the face of world wide protests, and a demand for the return of the cemetery, the site was granted “Cultural Heritage” protection in 2009.

As feared, the cultural designation was of little help. The Vilnius city government specified the cemetery as a “permanent protest site” in April 2010, and only after intense pressure did city officials subsequently agree not to approve public events in the cemetery. Control over the use of the cemetery grounds remains with city authorities, however.

On February 12, 2015 Lithuania’s Prime Minister Algirdas Butkerslius announced that the Sports Palace would become a modern Congress Center. Subsequently, he added “private investors could build a hotel, parking lots and other infrastructure”. Once again this site, one of Judaism’s most sacred, was dismissed as a “former Jewish cemetery”.

In a ‘respectful but firm’ statement, Asrah Kadisha and the Conference of Academicians for the Protection of Jewish Cemeteries expressed strong disagreement with groups repeatedly acceding to the planned project. Pointing to a ‘decade of diversions and duplicity’ on the part of Lithuanian authorities, Rabbi Lazar Stern and Dr. Bernard Fryshman, respectively, speaking on behalf of Asrah and the Conference, decried the ‘planned incursion and desecration of one of the Jewish people’s most sacred sites’.

A formal request has been submitted to the US State Department asking that immediate and high level contacts be established with Lithuanian authorities to forestall any construction in the Cemetery.

The spokesmen pointed to an amendment to the International Religious Freedom Act of 1998, passed in August 2014, as helpful in protecting the integrity and sanctity of the Snipisek cemetery. The Act includes the desecration of cemeteries among the many forms of violations of the right to religious freedom.