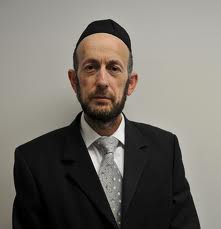 MK (Yahadut Hatorah) Uri Maklev tells Yesh Atid during a stormy Knesset plenum session, “We are not your subjects and you needn’t concern yourself with us”. The heated debate surrounds efforts to change eligibility criteria for parents seeking government subsidies for daycare. The criteria was changed in the last government and the current administration is working to return the situation to what it was prior to the coalition that included Yesh Atid.

Maklev was responding to Yesh Atid MK Mickey Levy who said “The law will harm the chareidi tzibur and our efforts to assist that community”.

Maklev added that this matter alone was sufficient reason for the previous administration to fall as it discriminated against families in which the husband was learning full time and not ‘working’. “The purpose of the law was hatred, persecution and cruelty which was promoted by Yesh Atid in its hypocrisy as it supposedly care for the future of chareidi children”.

Maklev added that Yesh Atid disqualified the government assistance from such families in which the wife worked because the husband is in kollel and “that was their sin”.