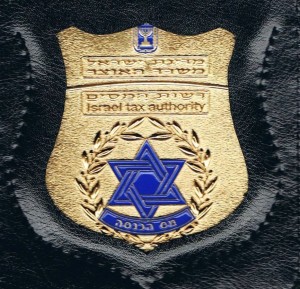 Israel Tax Authority officials last week reported making arrests, persons suspected of tax fraud involving unreported foreign accounts. Israelis are required to report foreign assets and those who do not are likely to be summoned for investigation.

Tax Authority Chief Moshe Asher explains he is serious and the days during which citizens could maintain foreign accounts without reporting them are over, a thing of the past. Mr. Asher made his comments in an address to the Israeli branch of the Society of Trust and Estate Practitioners (STEP).

Asher explained most of the unreported funds outside of the country are in Switzerland, stating it is estimated 50 billion NIS in concealed funds is being held by Israelis abroad. The Tax Authority in recent months has made tracking these unreported assets a priority, with Asher explaining the result have surpassed expectations. The efforts have netted 3.5 billion NIS since the beginning of the year.

Asher explained that with Swiss authorities no cooperating, turning over information to Israel, citizens looking to avoid reporting assets “have nowhere to hide”.

“Switzerland was once the world’s safe deposit box, from which no information could be extracted. They have been forthcoming recently, even if in contravention of Swiss law,” Asher remarked. “As is known, there is one bank from which we have already gotten information (HBC, E.L-W.), and there are another one or two Swiss banks in the pipeline whose data we’ll publish soon” Globe’s reports Asher saying.

He confirms that locating black capital is now a major priority for the Tax Authority, and that the new administration has begun formulating the Economic Arrangements Bill which includes a number of amendments that will permit expanding efforts to locate overseas bank accounts and investments. There is also increased cooperation with the US as the Tax Authority is working hand-in-hand with the US IRS.

Asher added the IRS sent a delegation here to examine Israel’s system and information security, adding “they were most impressed”.

The disclosure period is coming to an end, September 2015, Asher explains, after which persons failing to report assets abroad will face criminal charges. He points out that over 2,000 citizens have already filled out forms for voluntary disclosure and he expects this number to increase before the disclosure period expires.