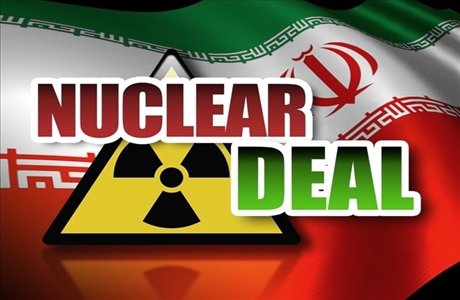 The Obama administration’s vigorous effort to sell the Iran nuclear deal to Congress continues — this time in the House where three Cabinet secretaries will face tough questioning on Tuesday from skeptical Democrats and Republicans.

The ranking Democrat, Rep. Eliot Engel of New York, said he has “serious questions and concerns about this deal.”

Secretary of State John Kerry, Energy Secretary Ernest Moniz and Treasury Secretary Jacob Lew’s testimony before the committee will be a reprise of the threesome’s appearance last week before the Senate Foreign Relations Committee.

The U.S. and five other world powers reached an agreement earlier this month with Iran to curb its nuclear program in exchange for economic sanctions relief. Congress has 60 days to review it, vote to approve or disapprove of the deal, or take no action.

Those for and against the international agreement are engaged in a verbal battle to lobby lawmakers. As the Cabinet secretaries testify, members of the American Israel Public Affairs Committee, a pro-Israel lobby, will be dispatching hundreds of its members to Capitol Hill to convince lawmakers to disapprove of the deal. AIPAC’s view tracks statements by Iraeli Prime Minister Benjamin Netanyahu, who staunchly opposes the deal with Iran, which has threatened to annihilate his nation.

On the other side, seven former U.S. diplomats and State Department officials sent a letter Monday to leaders in Congress urging them to support the deal.

“We believe that without this agreement, however, the risks will be much higher for the United States and Israel,” the letter said. “We see no fatal flaws that should call for the rejection of this agreement and have not heard any viable alternatives from those who oppose the implementation” of the deal.

Burns is to brief House Democrats on Wednesday at the invitation of Minority Leader Nancy Pelosi, D-Calif., who is working to convince her Democratic colleagues to stand with President Barack Obama in backing the deal. Kerry, Moniz and Lew last week held classified briefings on the agreement.

Weighing in from Ethiopia, Obama said he thought the work the administration was doing to explain the deal to Congress was going well.

“If you’re asking me, how do you think our argument is going, it’s going great,” Obama said. “Now, if you’re asking me about the politics of Washington and the rhetoric that takes place there, that doesn’t always go great.”