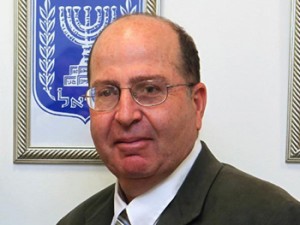 The mayor of Beit El during the night received a text from Justice Minister (Bayit Yehudi) Ayelet Shaked stating Defense Minister Moshe Ya’alon stated the buildings in the community known as Beit Dreinoff would not be destroyed until hearing from the Supreme Court regarding a government effort to prevent destroying the homes. Shaked received a message from the mayor at 4 AM Tuesday morning 12 Menachem Av that police are moving in and preparing to remove everyone from the buildings.

Senior officials in Bayit Yehudi are reportedly fuming as they see the actions of police, moving in to Beit El on Tuesday morning, as Ya’alon’s unilateral disregard for the understanding reached. The senior Bayit Yehudi officials did add that despite their anger, the incident would not lead to dismantling the government coalition.

Shaked was critical of Ya’alon stating “On the 10th anniversary of the expulsion [in Gush Katif] Minister Ya’alon sends in forces, under the cover of darkness, to Beit El. This despite his promises and that I told others in his name…” She concludes with her hope the Supreme Court will hear the government’s plea and retract the order to destroy the homes of 24 families.

Shaked then clarifies that Ya’alon stated he would not permit razing the structures, but he said nothing about removing the people until the Supreme Court rules on the matter. “Yesterday I also clarified to Bayit Yehudi ministers that the buildings would not be destroyed until the court rules. Whatever the case, we will only act within the framework of the law and in accordance to the High Court rulings”.

It is also reported that party leader Naftali Bennett spoke with Prime Minister Binyamin Netanyahu on Tuesday morning seeking clarification regarding the Beit Dreinoff buildings. Bennett stated “Ten years following the expulsion it seems some have forgotten the nationalist camp has political power”. Bennett then attacked Ya’alon, reminding him he was not appointed to carry out the policies of the left-wing.

Agreeing with Bennett was Yisrael Beitenu leader Avigdor Lieberman who wrote “It is time for the nationalist led government to act accordingly instead of leading with a left-wing ideology for it was not elected for this. This is exactly the reason we did not join the coalition for during coalition negotiations the prime minister already refused to agree to guaranteeing continued construction throughout Yehuda and Shomron”.

Lieberman continued with a call to Bayit Yehudi, to “join Yisrael Beitenu to form a nationalist opposition that will lead to forming a true nationalist government that will engage in construction and not destruction”.

Chairman of the Knesset Law Committee (Bayit Yehudi) Nissim Slomiansky said “I am going to convene a session to discuss the timing of police moving into the buildings for the timing seems odd given the fact there is an ongoing effort to reach a solution regarding the legal status of the buildings”. Slomiansky also made not of the timing, ten years since the expulsion from Gaza, directing police to act as effectively against the illegal structures in the Negev, the Galil and so-called Triangle areas.