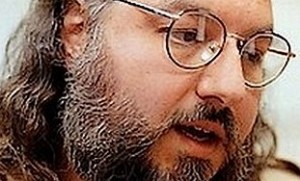 Attorneys for Jonathan Pollard, who has served nearly 30 years in prison for spying for Israel, said Tuesday the U.S. has granted him parole and he will be released in November.

Pollard, an American, was arrested in November 1985 as he tried unsuccessfully to gain asylum in Israel’s Washington embassy in a sensational espionage case that captivated public attention and stoked passions. He was sentenced to life in prison.

Supporters argued that he was punished excessively given that he spied for a country that’s a U.S. ally. Critics — including prosecutors and government officials — called him a traitor who damaged the nation by disclosing a trove of sensitive documents.

“We are grateful and delighted that our client will be released soon,” said a statement from Pollard’s lawyers, Eliot Lauer and Jacques Semmelman.

Pollard was eligible for parole in November as part of the terms of his sentence. His lawyers said the decision to grant him parole, which followed a hearing earlier this month, was “not connected to recent developments in the Middle East” — an apparent reference to the Iran nuclear deal.

The U.S. has previously dangled his release, including during Israel-Palestinian talks last year, when the Obama administration considered the possibility of releasing Pollard early as part of a package of incentives to keep Israel at the negotiating table. As it turned out, the peace effort collapsed despite the Pollard release offer and nothing came of the proposal.

Secretary of State John Kerry, who testified before Congress on the deal on Tuesday, told reporters Pollard’s parole was “not at all” related to the nuclear deal.

Pollard, 60, has battled health problems in recent years and is being held in the federal prison in Butner, North Carolina. He is scheduled for release on Nov. 21, his lawyers said.

Had he been denied parole, his lawyers said, Pollard would have been required to serve an additional 15 years in prison. But the Justice Department earlier this month signaled that it would not oppose Pollard’s parole bid.

The attorneys said Pollard was “looking forward to being reunited with his beloved wife Esther.”