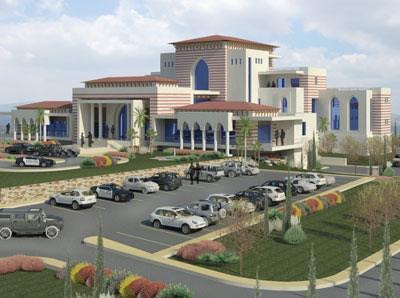 While the international community by and large prefers to ignore accountability when it comes to the PA (Palestinian Authority) donor funds, it continues to pressure Israel over the difficult plight that is the life of so many residents of PA autonomous areas as well as Gazans, with the latter under the control of the Hamas regime. The widespread corruption in those areas and the fact that so much of the international community’s donor funds does not reach the people does not seem to interest the donors, who prefer to portray Israel as an “occupying villain”.

Countless hundreds of millions of dollars have been donated to the PA and Gaza, without any accountability.

One major project in the works in Ramallah is Abu Mazen’s new guest palace, which carries a price tag of $13 million. The project appears on the official Palestinian Economic Council for Development & Reconstruction (PECDAR) website. It is explained the PA Ministry of Finance will pay for the construction project, which is scheduled to take two years.