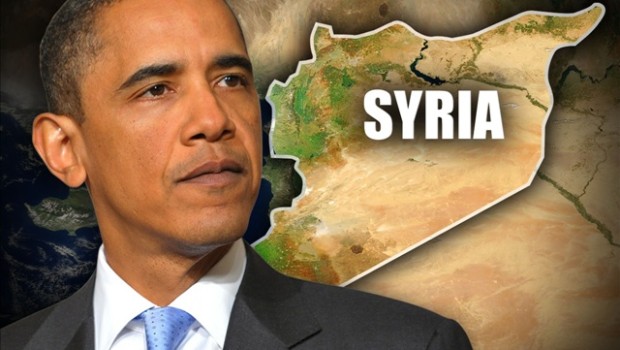 The Obama administration is ready to open a dialogue with Iran about the situation in Syria, the top U.S. negotiator for the Iranian nuclear deal said on Friday.

Under Secretary of State for Political Affairs Wendy Sherman said she expected the topic would be on the agenda when Secretary of State John Kerry meets on Saturday with Iranian Foreign Minister Mohammad Javad Zarif at the United Nations.

Sherman said such a discussion would “make sense” in the context of current developments in the Syrian conflict. However, she also noted that there is resistance to the idea within Iran, which, along with Russia, is a main supporter of Syrian President Bashar Assad. She said the subject of Syria had been raised informally on the sidelines of the nuclear negotiations that ended in July but never in a structured way.

“We’ve always been open to having discussions on the margins as appropriate,” she said. “Not because we coordinate but we certainly know that there are parallel interests. There are great political sensitivities in Iran to having these discussions and probably some limits that are real, but it is important to engage to the extent that we can.”

Kerry and Zarif are also expected to discuss the implementation of the nuclear agreement hashed out between Iran, the United States and five other world powers.

The administration has long called unsuccessfully for Iran and Russia to end their support for Assad. In recent weeks Russia, in particular, has built up its military presence in the country. That will be a major topic of discussion when Kerry meets with Russian Foreign Minister Sergey Lavrov on Sunday in New York, a day before President Barack Obama holds talks with Russian President Vladimir Putin.

U.S. officials say they are not certain of Russia’s motives for the military buildup but have said they would welcome a positive contribution to the fight against the Islamic State group that does not bolster Assad. The administration had insisted that Assad must leave power as he has no credibility to run the country. Over the past several days, however, officials, including Kerry, have signaled that Assad could perhaps be a part of some kind of political transition that would lead the formation of a new government.

Sherman, who is stepping down from her post next month, echoed that, saying it may be possible for Assad to have a role in a transition.

“We do not think it is credible for Assad to remain for any length of time as the leader of his country,” she said, adding: “We appreciate that there may be a political solution here where Assad is there for some period of time in some capacity while a transition takes place.”