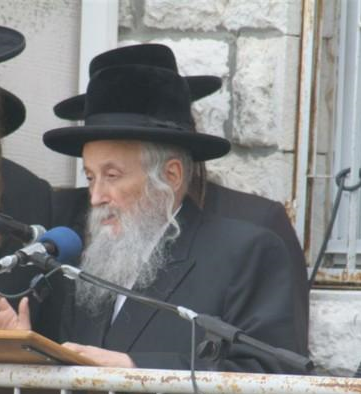 While the new homes are yet to be constructed in the Schneller complex in Jerusalem’s Geula neighborhood, the Eida Chareidis has already spoken out against the planned commercial center of the development, which the rabbonim fear will become an entertainment center.

In the “stern warning” released by the Eida, the rabbonim explain the planned Schneller project was explained to them in detail and they are opposed to the planned commercial center will run the span from Amos to almost HaTurim Street on Malchei Yisrael Street. The rabbonim speak of the dangers posed to the area by such a center and they express their adamant opposition to the project. One of the avenues being weighed is a call from the badatz to boycott the center in the developers do not heed the beis din’s decision.

The heads of the badatz, led first and foremost by Gavaad HaGaon HaRav Yitzchok Tuvia Weiss Shlita, who is calling on residents and askanim to do what they can to prevent any expansion of the commercial center that exits today.

The badatz kol korei did not make mention of a Jerusalem City Hall plan for a cultural center for the chareidi tzibur. YWN-ISRAEL reported that one of the venues being considered in the Schneller complex.