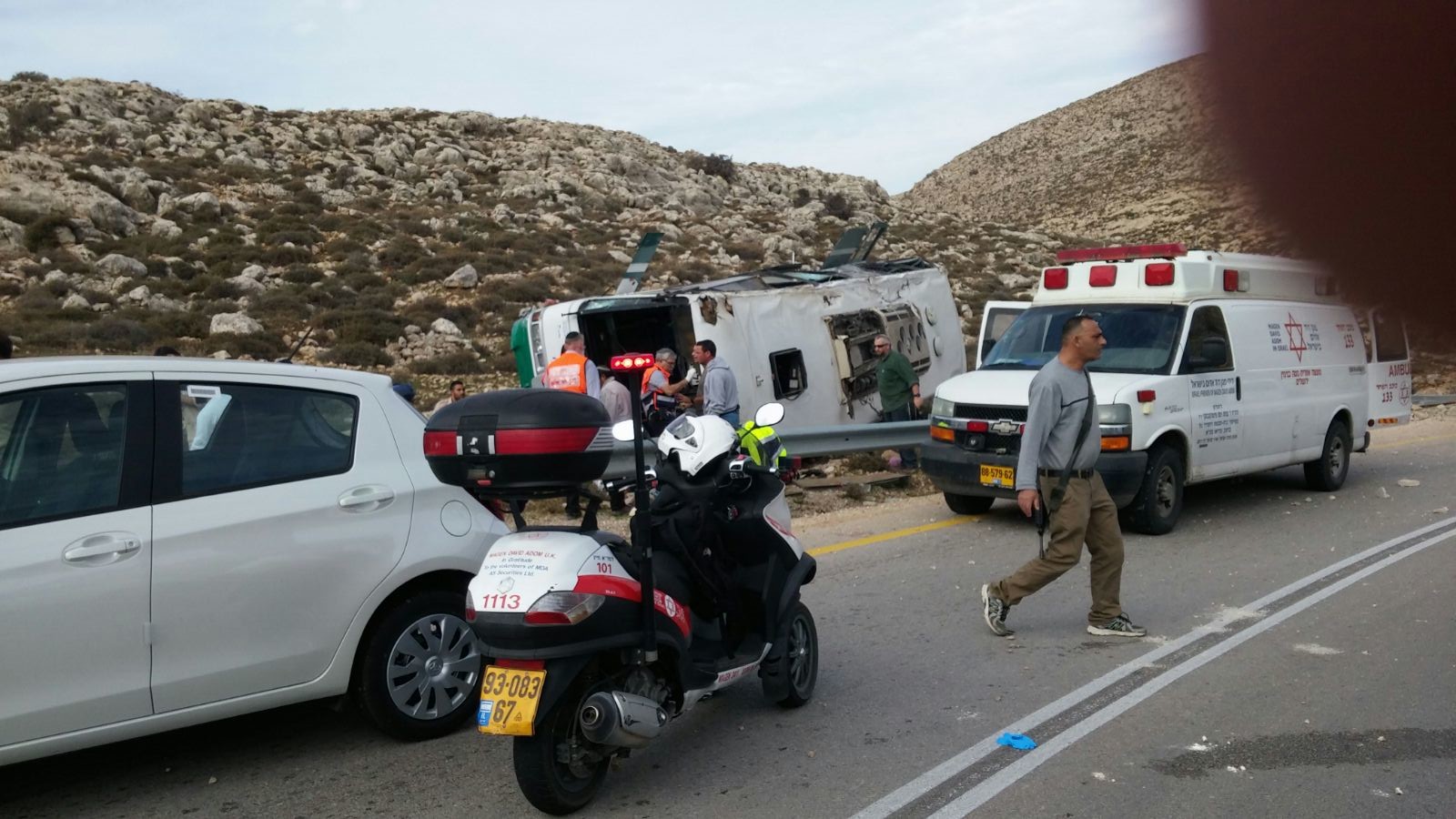 [PHOTOS & VIDEOS IN THE EXTENDED ARTICLE] Magen David Adom has declared a ‘mass casualty response’ after receiving reports a bus carrying soldiers in the Binyamin Regional Council of the Shomron flipped between Rimonim and Kochav HaShachar. At least 14 EMT and paramedic ambulances are responding amid reports of injuries at the scene.

12:23: Zaka reports the bus is an armored plated vehicle and there are some 40 persons injured, some trapped inside. Ichud Hatzalah units responding to the scene as well. It is the Alon Road, Route 458.

12:28: An Ichud Hatzalah member on the scene reports six persons are trapped in the bus, 30 are ambulatory and some of the injured are in serious condition.

12:30: Magen David Adom reports approximately 50 persons were on the bus. At present there are five people trapped inside.

12:31: It appears the armor-plated bus collided with a private vehicle.

12:35: MDA Chief Eli Bin reports one person pronounced dead on the scene and a number of passengers are trapped inside. Jerusalem trauma centers are standing by to receive the injured.

It is pointed out that being that this is an armored bus, the windoors and walls are significantly more difficult to penetrate to reach persons trapped inside. In addition, the armor plating makes the bus significantly heavier and standing it up requires heavy equipment, which is heading to the site at this time.

There are reports that the air force’s elite 669 airborne rescue team is enroute as well.

12:36: A female was trapped under the armor-plated bus and is reported in critical condition.

12:38: The female who was under the bus is the victim who was pronounced dead on the scene.

MDA Chief Bin adds choppers will be used to transport the more seriously injured to trauma centers due to the distance to the hospitals and the logistical complications pertaining to the location of the accident.

12:42: Ichud Hatzalah confirms there is one DOA in addition to three persons in serious condition. An estimated 20-30 victims sustained non-life-threatening injuries. The extrication of victims from the bus is still ongoing at this time.

12:43: Two helicopters are landing in the area, presumably to assist in evacuating the seriously wounded to trauma centers.

12:48: Ichud Hatzalah reporting four persons in moderate-to-serious condition being transported from the scene by chopper.

12:51: Ichud’s Ze’ev Sofer reports fire rescue is still working to extricate one or two people believed to be under the armored bus.

In addition to emergency medical personnel on the scene, there are police, air force, fire rescue, Binyamin Council Security Unit extrication experts and others, all working to get a number of trapped individuals out of the bus or from under it.

12:57: MDA Chief Bin: Three persons were transported from the scene in the first chopper. They are in moderate-to-serious condition, heading to the trauma unit at Tel Hashomer Hospital in Tel Aviv.

A second chopper is preparing to takeoff from the scene to a yet to be determined trauma center. One person has been pronounced dead on the scene.

Police are now beginning the work of trying to determine how the accident happened since road and visibility condition today are good.

13:03: MDA Jerusalem District Chief Shlomo Petrover reports all of the injured are conscious and alert, including the more seriously injured in the first chopper. 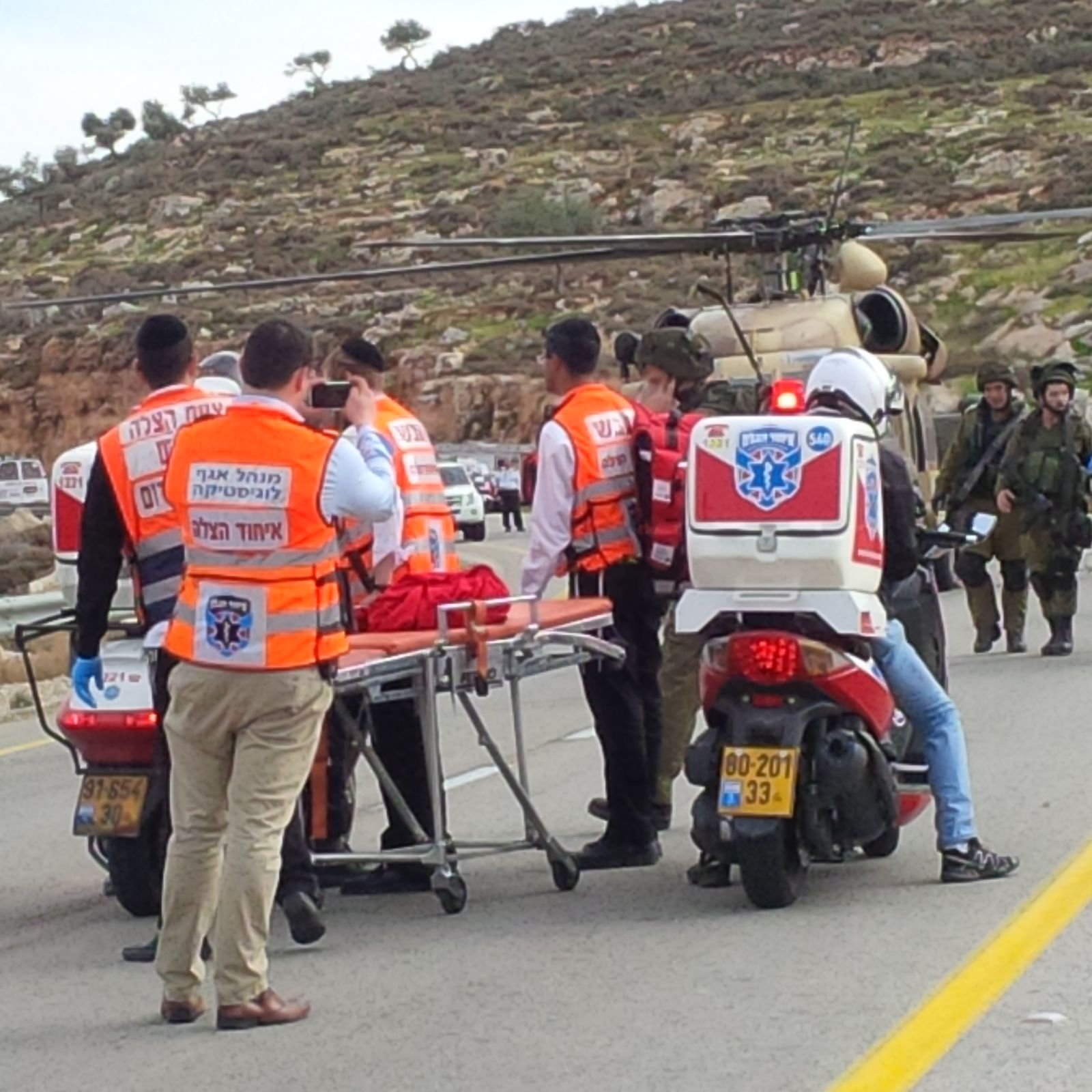 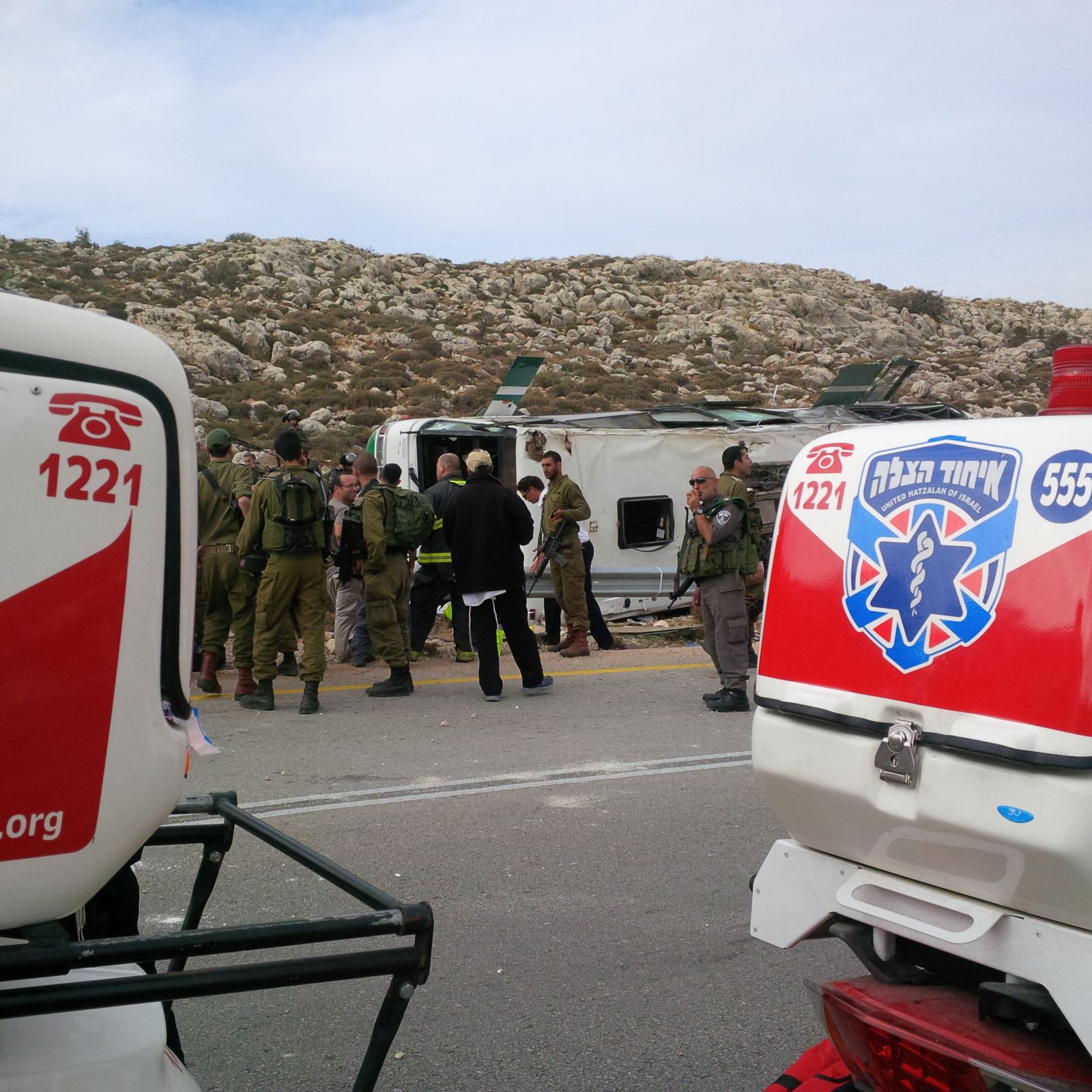 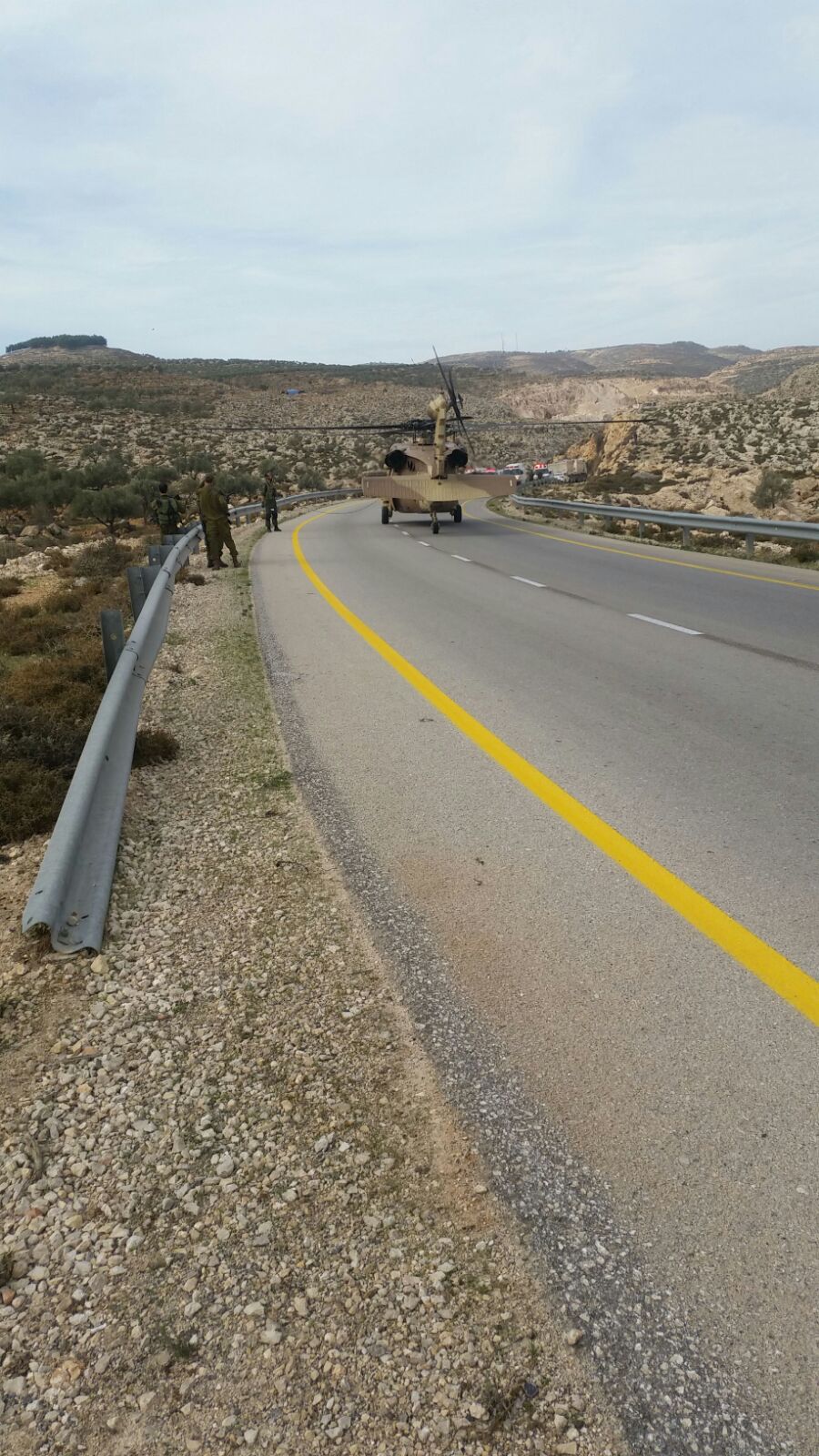 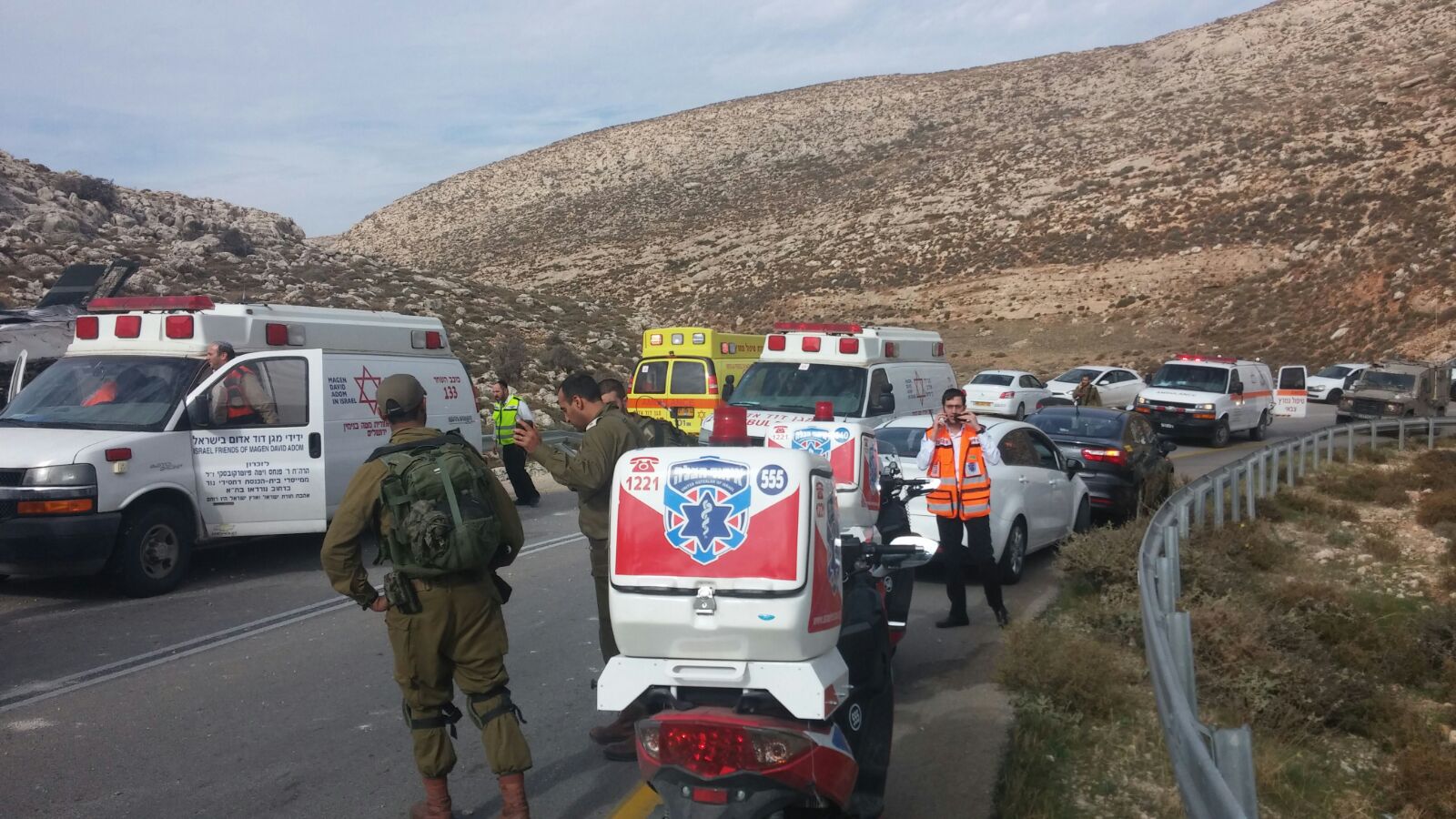 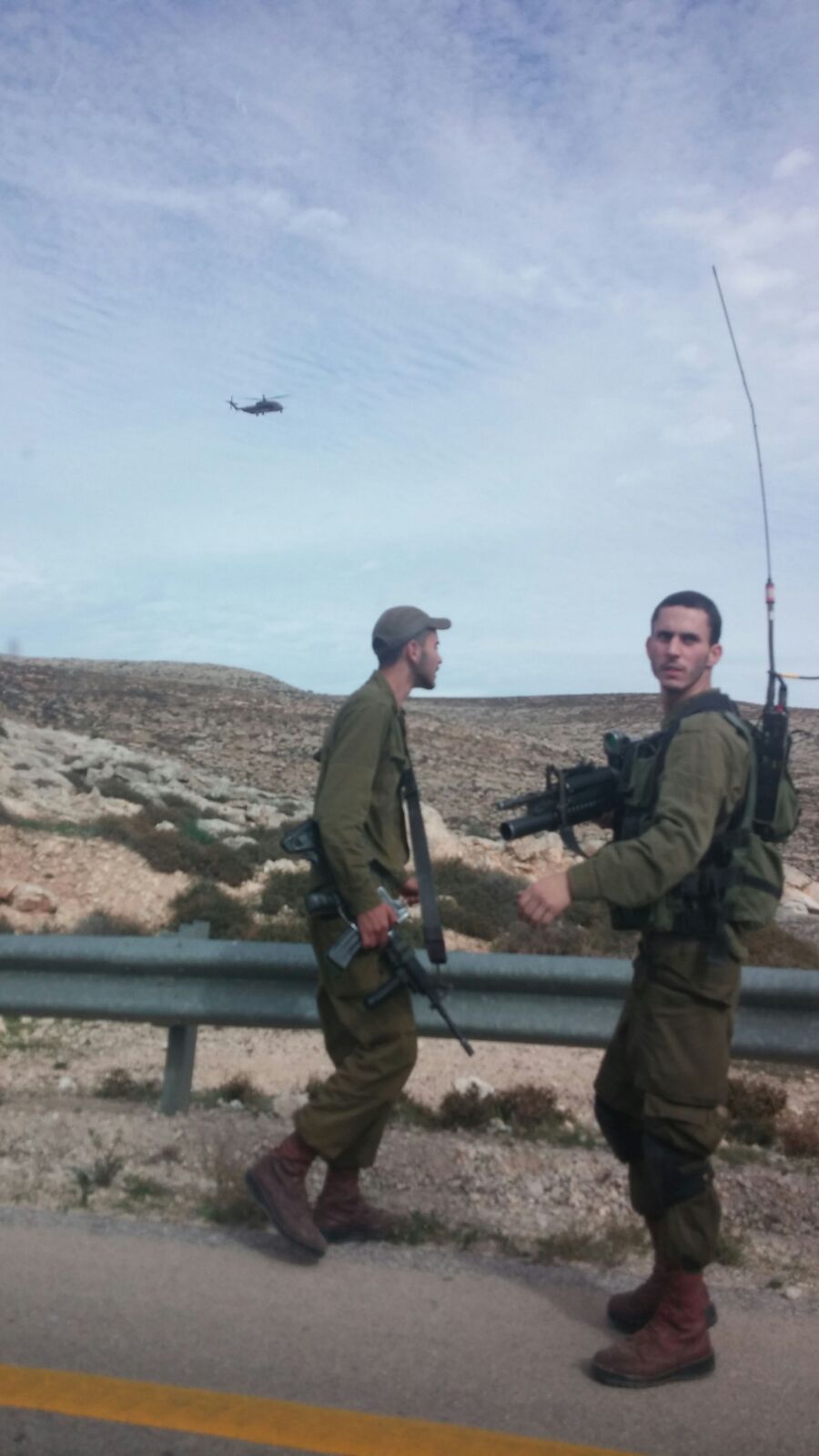