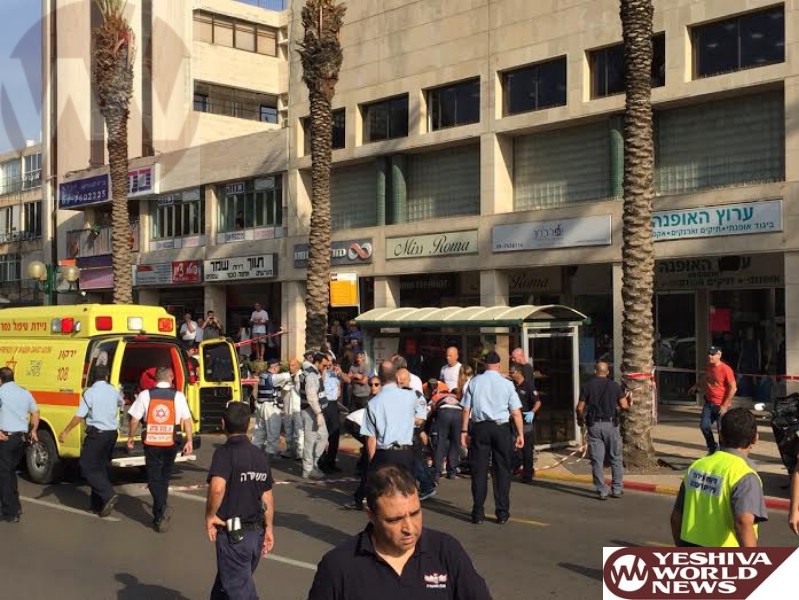 In a thank-you letter to Rabbi Yechiel Eckstein, president of the International Fellowship of Christians and Jews (IFCJ), Yair Ben-Ezra who was critically injured in last month’s terror attack in Ra’anana, reveals his miraculous story about how his new tzitzis – which he was pondering whether to wear that very morning – had saved his life.

Ben Ezra’s opens his touching letter and writes “My name is Yair Ben-Ezra. On October 13th 2015, while waiting at the bus station, I was stabbed 5 times in multiple parts of my body by a terrorist from eastern Jerusalem”.

In his letter Ben-Ezra recalls how on the morning of the attack, which happened a day before his sister’s wedding, he was pondering whether to wear the new tzitzis he had purchased for the event. “On the morning of the terrorist attack, all of my tzitzis were hanging to dry on the laundry line. I had only one new pair of tzitzis folded in the closet. Then the ‘Yetzer Hara’ came and told me: ‘Nothing will happen (…) save them for the wedding tomorrow’. In the midst of this dilemma”, recalls Ben Ezra, “I said to myself, ‘No! This is my custom (…) this is my personal protection!'”.

Eventually, “While I was stabbed and waiting for the medics”, writes Ben Ezra, “The tzitzis I was wearing was used as a tourniquet for my stab wounds by the emergency rescue staff.” Although critically wounded in the attack, Ben Ezra fought his attacker, preventing him from attacking further civilians.

In his letter, Ben Ezra wished to personally thank Rabbi Yechiel Eckstein for the aid grant he and his family had received from the IFCJ, as part of its’ efforts to assist the families of terror victims in Israel. “Rabbi Eckstein, I’m moved and full of tears of joy in light of this special grant which helps my family and me during this difficult moment. Thank you again for your donation and for your life’s work with The Fellowship that you head.”

The aid-grant Ben Ezra received was given to him and his family as part of the IFCJ’s efforts to assist the families of terror victims. The grant is given due to decision made by the fellowship, in collaboration with homeland security officials, to set up an emergency fund that will provide a one-time financial assistance amounting to NIS 4,000 to families of those who were killed or wounded in the attacks, in order for them to be able to cover urgent expenses such as: treatment, transportation and loss of work-days.