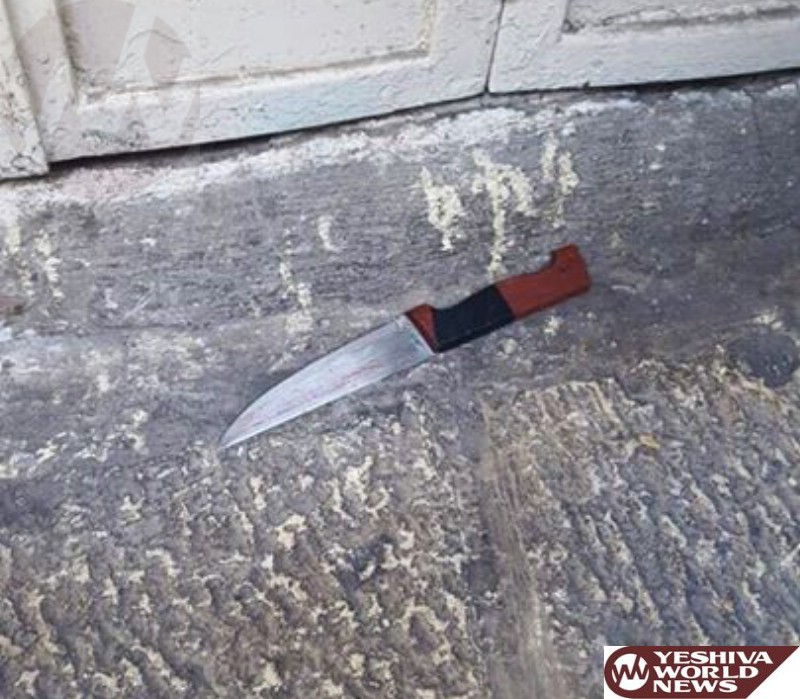 [VIDEOS IN THE EXTENDED ARTICLE]

A Border Police officer was stabbed and was lightly to moderately wounded at Sha’ar Shechem in Jerusalem. The Palestinian terrorists was shot and killed.

Magen David Adom said it treated the victim of the attack at the scene and evacuated him to Hadassah University Medical Center.

THE FOLLOWING ARE INITIAL YWN UPDATES AS THE STORY UNFOLDED:

07:45: Emergency agencies are responding to a stabbing attack at the Shar Shechem entrance to Jerusalem’s Old City. There are reports of at least one person seriously wounded at the scene.

07:47: There are reports of gunfire at the scene, which may be security troops firing at an attack.

07:49: A policeman was injured, Baruch Hashem now reporting the injuries are non-life-threatening. The attack was shot and gravely wounded.

07:56: MDA is reporting the victim, in his 20s, was stabbed in his upper body and is listed in light-to-moderate condition. He is being transported to Hadassah Ein Kerem Hospital.

08:00: The terrorist has died of his gunshot wounds. The attack occurred on Chaggai Street at Shar Shechem.

08:01: Ichud Hatzalah EMT Yechiel Stern reports that he and an Ichud Hatzalah doctor began treating the victim when arriving on the scene, stabilizing the policeman for transport. He was transported from the scene in a MDA paramedic ambulance.

08:05: This latest Islamic terror attack took place near the site where Aharon Bennett HY”D and Nechemia Lavie HY”D were murdered on Sukkos.

08:25: The terrorist was a 38-year-old PA resident. Border police were patrolling the area of Beit Chaggai Street near Shar Shechem on Sunday morning 17 Kislev when the terrorist pulled a knife. They responded quickly and fired at him. He did manage to injure one of the policeman, who is said to be in light condition by a Hadassah Hospital spokesman.

08:50: Disturbances in the area of the attack at this time as Arabs are throwing rocks and shouting “Ala Akbar”.

When the terrorist’s body was checked following the attack a second knife was recovered.

09:16: After diagnostic exams the wounded policeman’s condition is listed as moderate, officials at Hadassah are reporting.