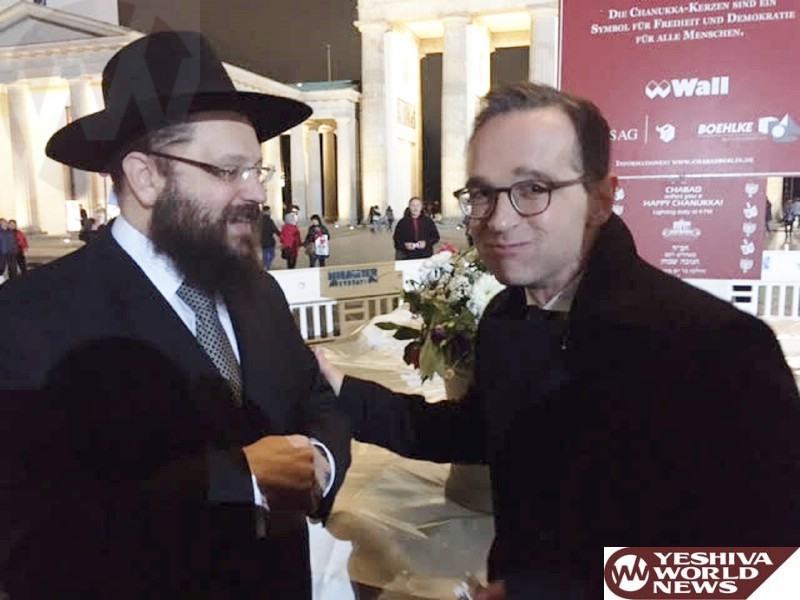 On the sidelines of her official visit to Germany, Deputy Minister of Justice Ayelet Shaked lit Europe’s largest Menorah at the historic Brandenburg gate in Berlin, together with her German counterpart Minister Heiko Maas.

The ministers were escorted by Rabbi Yehuda Teichtal, Rabbi of Berlin’s Jewish community. Due to the attendance of both ministers at the ceremony, the German police closed the Central Pariser Platz Square, located in front of the Brandenburg gate. The lighting ceremony was covered by the German media.

The event was organized by Rabbi Shmuel Segal, director of the Chabad programs in Berlin and attended also by Rabbi Schneur Havlin, Rabbi at the Jewish community in Dresden. 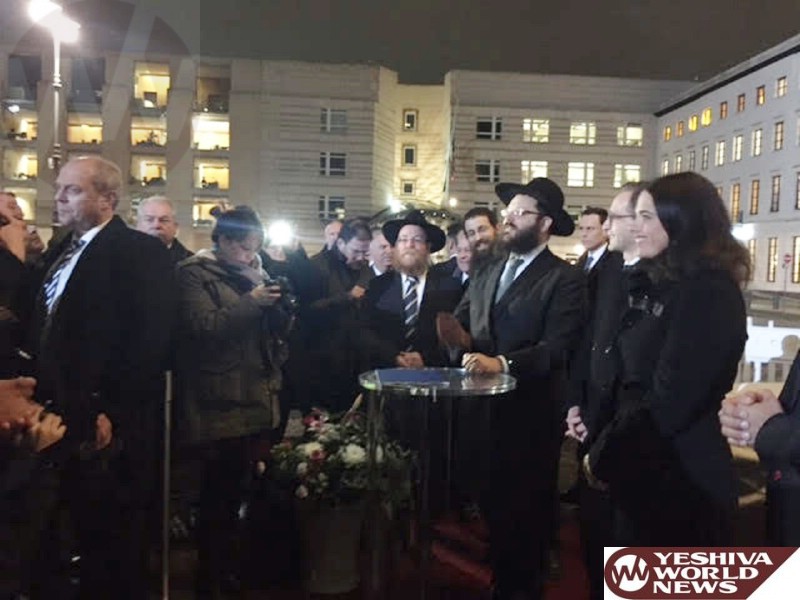 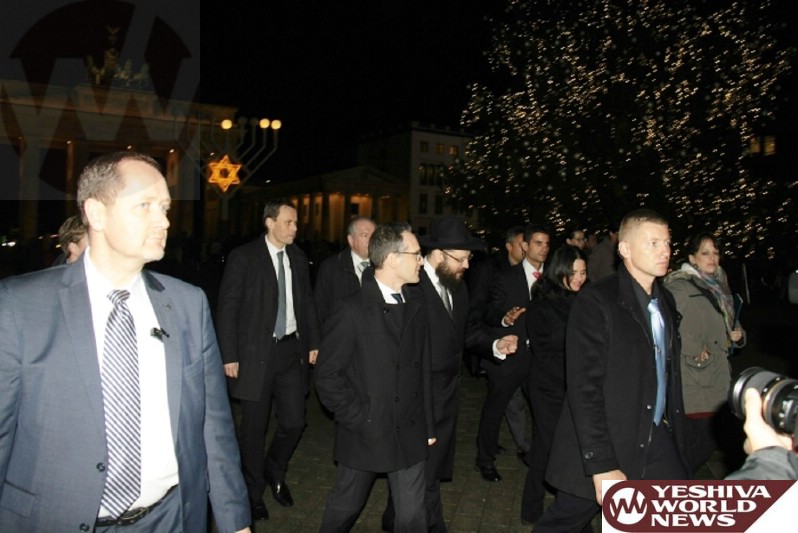 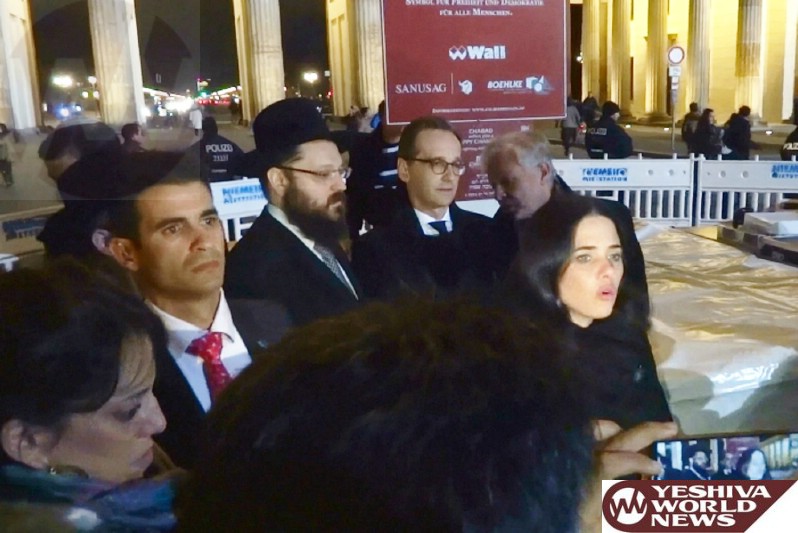 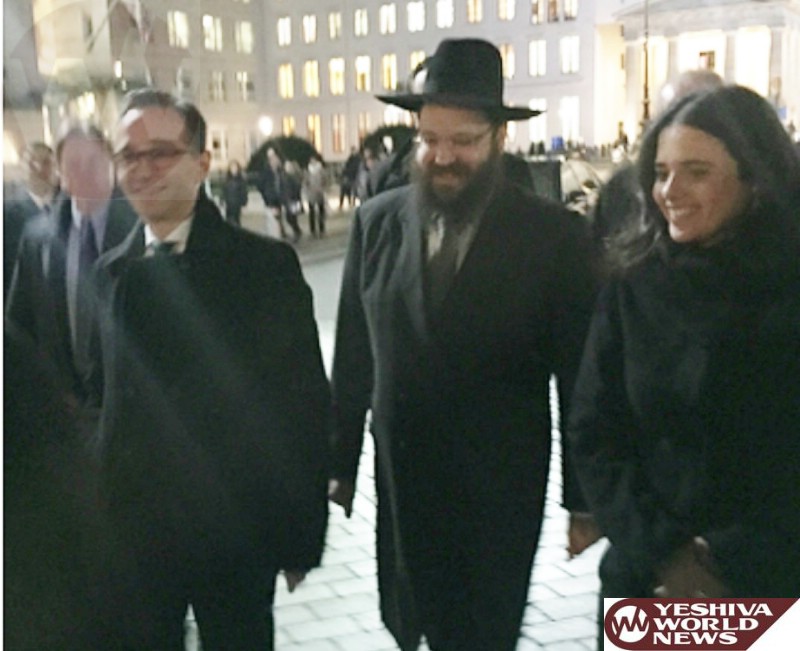