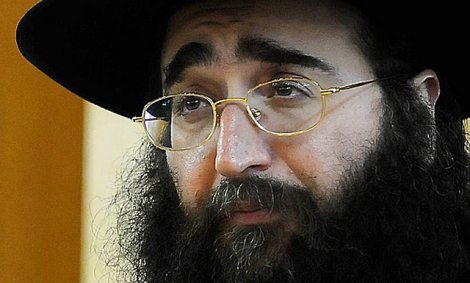 Israel’s High Court of Justice rejected a request from attorneys for Rabbi Yoshiyahu Pinto, who is seeking another hearing in the hope of keeping the rabbi out of prison. The rabbi had already appealed to the High Court and a panel of three justices turned down his appeal, ruling he will have to serve his prison sentence in line with the plea bargain agreement he signed.

Pinto’s lawyers filed again on Monday, 29 Shevat, seeking another hearing in the High Court with an expanded panel of justices but the court is not interested in granting the request despite the petition’s mention of the rabbi’s difficult medical condition.

The rabbi’s legal team was basing its request on the recent High Court ruling in which the court decided former Jerusalem Mayor Rabbi Uri Lupoliansky would not have to serve his jail term in the Holyland real estate case despite the fact the other defendants will be serving jail time. The court took Lupoliansky’s medical condition into consideration. Two of the justices in the Lupoliansky appear also heard the Pinto appeal, Justices Isaac Amit and Tzvi Zilbertal. In the case of Lupoliansky, his 18-month sentence was reduced to 6-months of community service.

Justice Salim Jubran, who heard the Lupoliansky appeal, wrote that it was clear to all regarding the severity of defendant’s illness in addition to the realization the jail term would contribute to the shortening of his life. The court in the Pinto appeal feels the same cannot be said for the rabbi’s medical condition, which is the subject of controversy as a district court ruled imprisoning him would not shorten his life or result in complicating his medical condition for the care he requires is available in prison.

Jubran also rejected the argument presented by Rabbi Pinto, determining a new law permits taking into account facts that were not contained in the indictment for the purpose of sentencing.

Hence the court ruled the rabbi has exhausted his legal option and will have to serve his jail term as per the agreement he signed, one-year imprisonment.