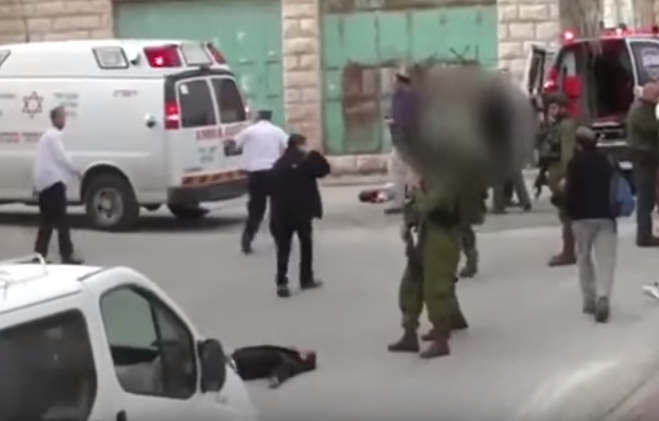 Tens of thousands of Israelis have already signed a petition to present an award to the IDF soldier who shot and killed the wounded Hebron terrorist in Hebron on Purim morning.

The soldier was imprisoned after a B’Tselem activist videoed him shooting the terrorist who was on the ground in his head. An investigation into the incident is underway.

The online petition, on Sunday morning 17 Adar-II already had over 35,000 signatures. The petition was initiated by IDF Major (reserves) Ron Levi, who is also a member of the Likud party Central Committee. He is directing the petition to Prime Minister Binyamin Netanyahu, Defense Minister Moshe Ya’alon and IDF Chief of Staff Lt.-General Gadi Eizenkott, who were all very quick to publically condemn the soldier’s actions before a probe was even launched.

The dati leumi Srugim website reports the soldier’s father has already received death threats and police have been notified.