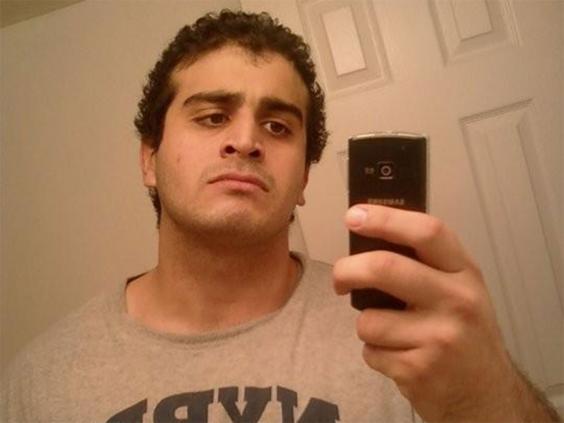 Omar Mateen graduated from community college with a criminal justice degree, worked as a security guard and wanted to be a police officer.

But a police academy rejected his application, prompting Mateen to complain that he was denied because of his Muslim faith.

More details about Mateen emerged Wednesday as investigators retraced his movements and tried to talk to anyone who came in contact with him over the last several years. Mateen, a 29-year-old bodybuilder and devout Muslim, opened fire at a gay nightclub in Orlando early Sunday, leaving 49 people dead and 53 wounded. Mateen was killed during the attack.

A number of possible motives and explanations have surfaced, with Mateen calling 911 to profess allegiance to the Islamic State group, his ex-wife saying he was mentally ill and his father suggesting he hated those living a Toeiva lifestyle.

Meanwhile, a newly unearthed clip from a film documentary about the 2010 BP oil spill in the Gulf of Mexico shows Mateen — then working as a security guard at a cleanup site in Florida — talking cynically about people who make money off disasters.

The clip from 2012’s “The Big Fix” showed Mateen chatting with an undercover film crew, saying no one cared about the cleanup.

“Everybody’s just out to get paid. They’re like hoping for more oil to come out and more people to complain so they’ll have the jobs,” he tells a woman who pulls up to his guard booth.

Security firm G4S confirmed Wednesday that the guard in the clip is Mateen. He was stationed in Pensacola for several months 2010 to assist with the oil spill cleanup, G4S spokeswoman Sarah Booth said.

Mateen was employed with G4S since September 2007, most recently at a golf course community near his Fort Pierce, Florida, home.

St. Lucie County Sheriff Ken Mascara said Mateen was removed from an assignment at the county’s courthouse in 2013 after he made inflammatory comments about women, Jews and a shooting at Fort Hood.

The FBI investigated Mateen over the comments and again in 2014 because of his ties to a Syrian suicide bomber from Florida but both cases were closed without the agency taking action.

Mateen graduated in 2006 from Indian River Community College with a degree in criminal justice technology. In 2015, Mateen wanted to attend a police academy at Indian River State College to become a police officer, but his application was denied.

“This is a selective admission program, and he was not selected for admission,” college spokesman Robert Lane said. “He was offered the opportunity to appeal this admission decision, but opted not to appear for an appeal hearing.”

Lane did not give a specific reason Mateen was denied.

On Oct. 19, 2015, Mateen complained to the Florida Department of Law Enforcement that he wasn’t accepted because he was Muslim, agency spokeswoman Gretl Plessinger said. The department, which certifies police officers, referred him back to the training academy, she said.

It’s not clear what happened after that.

The Associated Press reviewed his certificate of firearms proficiency and other documents he filed to the state agency, which issues firearms and security officer license.

The documents showed that on Aug. 16, 2015, his range score was 203 and his written exam score was 96. That was down from previous years — but still well above average.

The top range score is 240, and the minimum necessary to pass is 168, according to Jennifer Neale, spokeswoman for the Florida Department of Agriculture and Consumer Services. On the written test, 100 is the top score and 70 percent is needed to pass.

The documents also showed Mateen passed a psychological evaluation in 2007 as part of his application to be a private security guard.

Florida records show Mateen was determined to be mentally and emotionally stable in September 2007 so he could work for The Wackenhut Corp., later renamed G4S Secure Solutions. The records state he took a written psychological test or had an evaluation by a psychologist or psychiatrist.

Mateen also stated in his 2007 firearm application that he neither had been diagnosed with a mental illness nor had a history of alcohol or substance abuse.

G4S has said that Mateen was subjected to “detailed company screening” when he was recruited to work for the company in 2007, and was re-screened again in 2013 with no adverse findings.