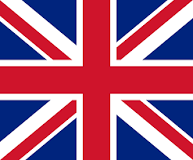 There is concern as world financial markets are reacting to the vote, which the BBC explains resulted in an unexpected outcome. The British Pound Sterling has hit a 31-year low. Euronews reports Britain will lose about a fifth of its economic clout as a result of the national referendum.

Prime Minister David Cameron now stands at the head of a divided nation and some feel there will now be increased pressure on Cameron to step down from office as right-wing parties are hailing the results.

The tabulation of votes continues but the BBC explains the votes to remain can no longer reverse the decision and the UK has voted to end its membership in the European Union.