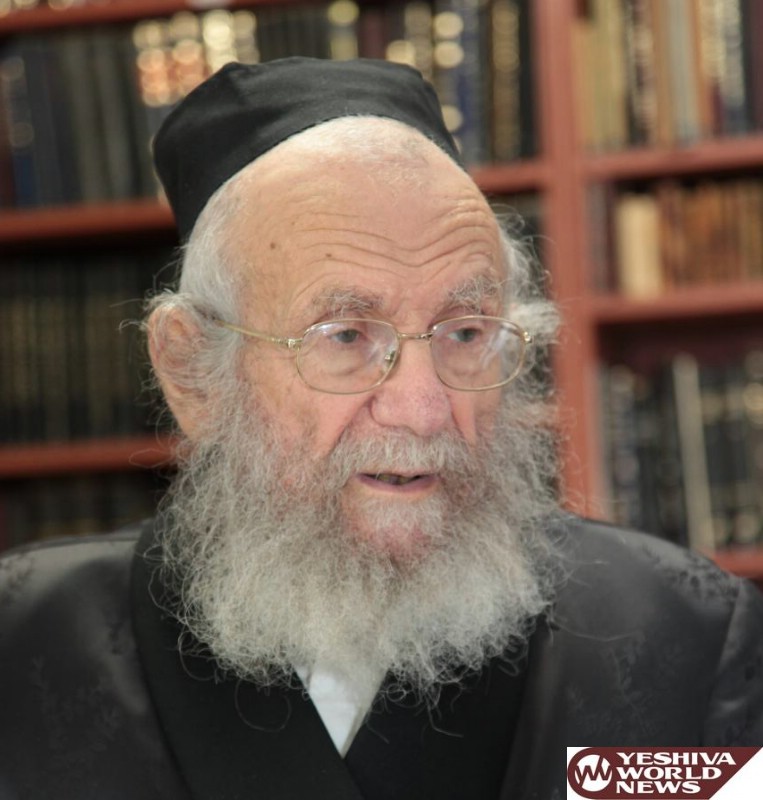 The Chief Rabbinate of Israel Council recently transferred the responsibilities of Ramat HaSharon Chief Rabbi HaGaon HaRav Yaakov Edelstein to others due to his ailing health.

B’chasdei Hashem it is now reported that the rav’s condition has improved and he has once again assumed his responsibilities for the city’s kashrus and marriage registration.

It is reported the rav’s condition on Tuesday 19 Menachem Av is significantly improved and as such, he is once again assuming the responsibilities of his position.