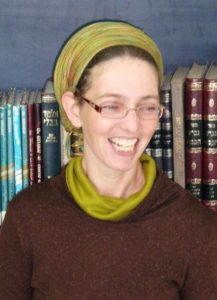 Rabbi Benny Lau of Jerusalem’s Rambam Shul will be working with his newly-appointed co-spiritual leader, Karmit Feintuch, who has the title ‘Rabbanit’.

The Rambam Shul is a dati leumi shul located in the Katamon neighborhood of the capital and the shul has voted unanimously to take Rabbanit Feintuch on to work side-by-side with Rabbi Dr. Lau.

Feintuch, who teaches in Midreshet Migdal Ohz in Gush Etzion for the past seven years is expected to begin serving in her new post next month.

The Jerusalem Post reported that in 2014, Jennie Rosenfeld because the first female communal leader in an Orthodox community, appointed to serve in Efrat.

While there is the controversial Maharat Yeshiva in the USA, this is not the norm in Israel but it appears to becoming increasingly palatable in the modern religious community in Israel as well. The Rabbinical Council of America a number of months ago passed a resolution reaffirming its opposition to hiring women as religious leaders. Clearly Agudas Yisrael is opposed as well.

The JPost asked Rabbi Lau if he is concerned with the response the shul’s decision will elicit. He is quoted explaining he is not genuinely interested in what people have to say. He adds “Over fifty percent of the community are women”, questioning why a woman should not be a part of the leadership role.