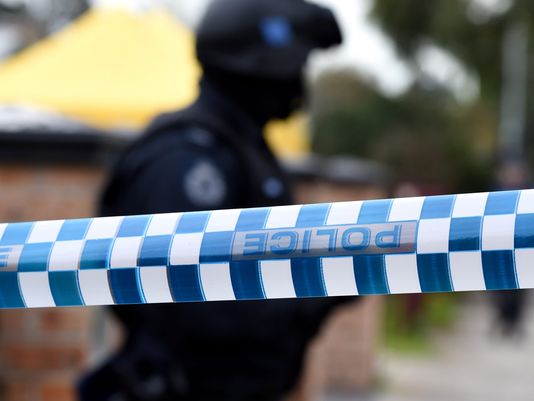 A French man shouting the Arabic phrase “Allahu akbar” stabbed a British woman to death and wounded two men in an attack at a hostel in northeast Australia, police said Wednesday.

The 29-year-old suspect did not have any known links to the Islamic State group and appeared to have acted alone, Queensland Police Deputy Commissioner Steve Gollschewski said. Police were trying to determine whether the man had been motivated by extremism, or something else.

“While this information will be factored into the investigation, we are not ruling out any motivations at this early stage, whether they be political or criminal,” Gollschewski told reporters in the Queensland state capital of Brisbane. “Investigators will also consider whether mental health or drug misuse factors are involved in this incident.”

The attack took place Tuesday night at a hostel in the town of Home Hill, south of Townsville in northern Queensland. A 21-year-old British woman was found dead at the scene and a 30-year-old British man was hospitalized in critical condition. A local man was treated and released for injuries. A dog was also fatally wounded in the attack.

The man, a French national visiting Australia, shouted “Allahu akbar” — the Arabic phrase meaning “God is great” — both during the attack and while being arrested by police, Gollschewski said. He has not yet been charged, but police weren’t looking for any other suspects related to the incident.

Police were treating the attack as a homicide, rather than a terrorism-related incident, Gollschewski said.

“The associated issues of what motivated him and whether that has any relevance to radicalization is something we’re going to explore fully, but we won’t know for some time whether that’s the case,” he said.

Queensland police don’t release the names of suspects. Their identities are revealed publicly after they appear in court.

The man had been in Australia on a temporary visa for about a year, Gollschewski said.

“We condemn this murderous aggression and we are fully cooperating with Australian authorities,” French Foreign Ministry spokesman Romain Nadal said Wednesday. “We present our condolences to the family and wish for a quick recovery for the wounded.”