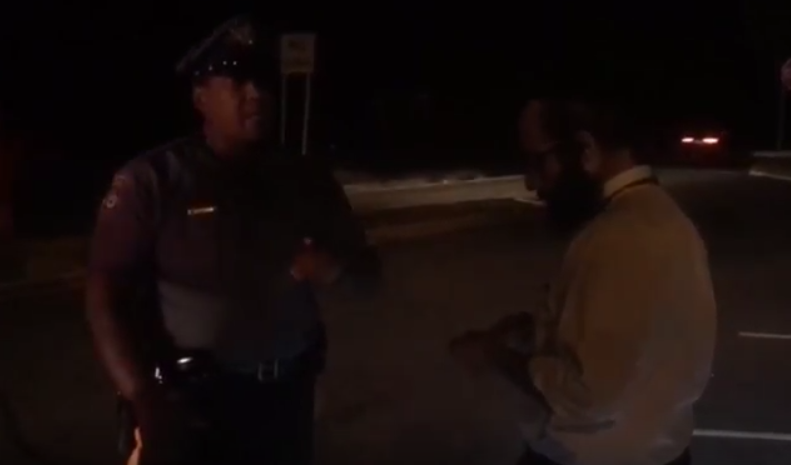 In response to a controversial ticket issued to a Chaveirim volunteer for fixing a Hatzolah member’s flat tire on the Palisades Interstate Parkway Wednesday, Assemblyman Dov Hikind (D-Brooklyn) vowed to work with elected officials to address the issue and prevent this situation from recurring.

“It’s very unfortunate that a Chaveirim volunteer, who went out of his way to help a fellow volunteer from Hatzolah, was penalized for being a good Samaritan,” Assemblyman Hikind said. “This cannot be permitted to happen again, and in the future, it is imperative we use a common-sense approach when analyzing these types of situations.”

Hikind reached out to Chaveirim founder Rabbi Aron Kohn to reassure him that he would fight, with the help of elected officials in New Jersey, to rectify the situation.

“As always, we applaud both volunteer services for their continued hard work and dedication to ensuring a better, safer community,” Hikind added. “It pains me, however, to see someone being issued a ticket for helping another in need. We will do all we can to ensure that this mishap doesn’t become customary.”

At around 10:00 p.m. on Wednesday, a member of Hatzolah pulled into a rest stop within the Palisades Parkway after realizing he had a flat tire. In noticing the situation, a Chaveirim volunteer began to work on fixing the flat tire until an officer approached the two and issued a summons to the Chaveirim volunteer for an “unauthorized service vehicle,” prompting Assemblyman Hikind to call for mandatory sensitivity training.

“If I had the flat tire and someone helping me was issued a ticket, I would be outraged to see someone’s kindness repaid with a summons,” Hikind said. “In our community, and all throughout America, we take pride in volunteering, and to penalize a volunteer by issuing them a ticket demonstrates a lack of sensitivity. With the proper sensitivity training, we can prevent these types of situations from happening again.”