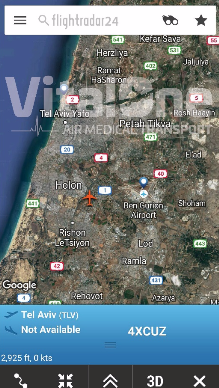 On Monday Evening, Erev Yom Kippur, a family vacation turned suddenly tragic for an Israeli family vacationing in the country of Georgia. Two children were tragically killed and two other members of the same family were seriously injured when their car plunged into a gorge in the remote mountainous of the Tusheti region in the northeast of Georgia. The crash site was extremely difficult to access and it took rescue workers three hours to rescue the injured family members.

Eyal Zehavi, a Magen David Adom paramedic and a friend of Ohad Porat, also a MDA paramedic & brother to Noar, wife who was injured, called every medical Transport Agency in Israel and Europe to no avail. He was told nothing will happen until after Yom Kippur. A veteran paramedic, CEO of the Emergency Medical Center in Efrat and supervisor of the MDA Hazmat response team, Eyal understood quite well that the medical situation was dire. This transport was nothing short of pikuach nefesh. Having worked with VitalOne on a previous transport, he reached out to Isaac Lieder. “Impossible”, was the answer they kept receiving when inquiring with other agencies, but with VitalOne, when lives hang in the balance, the impossible is made possible.

The first call came in to VitalOne at 9:04 am on Tuesday morning New York time, from Eyal Zahavi with an urgent request to transfer the injured back to Israel to ensure they could receive lifesaving medical attention. Having done a similarly timed transport just two years ago (http://www.theyeshivaworld.com/news/headlines-breaking- stories/345214/vitalone-defies- the-odds- with-last- minute-transport.html), Isaac immediately realized the myriad challenges he was facing: all of Israel, including the airports close at 2:00 pm on Tuesday for the Nationally observed High Holy day of Yom Kippur. It was now 4:03 pm in Israel.

Isaac was undeterred. Wasting no time, he reached out to his high level contacts in Israel including well placed individuals within the Civil Aviation Authority, Israel Airports Authority, Ministry of Transport, Prime Minister’s Office, and Israeli Foreign Ministry Situation Room. Lead Pilot, Captain Imri Ozer stated “I got a few calls regarding the situation, however Isaac from VitalOne gave the green light to make the impossible happen”. Permission was granted for a plane to depart from Tel Aviv’s Ben Gurion airport which required one thousand Gallons of jet (or 6700 Lbs. of jet fuel).

What followed was an incredible flurry of joint effort and activity to save lives. Aggressive phone calls were needed to convince the fuel company manager himself to come down to the airport and fuel the jet personally earmarked for takeoff to Georgia.

While these complicated aviation arrangements were being made, Isaac was busy assembling a tactical medical team consisting of:

The VitalOne Contracted Medical Aircraft departed from an otherwise desolate Ben Gurion Airport on Tuesday evening at 9:58 pm, heading to Tbilisi, Georgia. The moment the plane touched down in Tbilisi, the medical team headed directly to the hospital personally escorted by Bar Segal, Head of Security for the Embassy of Israel in Georgia. Four and a half hours of life saving measures were needed in order to stabilize the injured for the flight.

Yom Kipper morning dawned and by 6:00 am the VitalOne flight was once again airborne. On the wings of tefillos being murmured the world over, and thanks to the expert administrations of the VitalOne medical team, the plane landed at Ben Gurion airport at 8:15 am Yom Kippur Day. The only other people there were the three Magen David Adom ambulances standing by to transport the patients to Hadassah Medical Center in Jerusalem with MDA ambulances calling in 2 Critical Trauma notifications where multiple surgical teams were waiting to save their lives.

“Isaac does what no one else can. He is mamash amazing,” shares Eyal, who was reached in Israel. “He was able to gather the very best in every field and make this transport happen. No one else could do it.”

Ohad, whose sister and nephew are undergoing surgery while the family plans for a heart wrenching double funeral, was on the phone with Eyal. “I am very emotional. I just got back from Georgia. All the medical personnel were truly amazing. Thank you so much, VitalOne Team! Your help made the difference between life and death.”

Please daven for a complete refuah shelaima for: 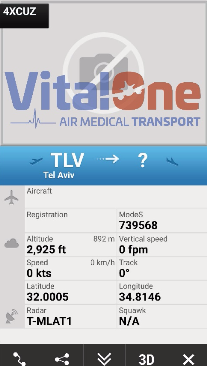 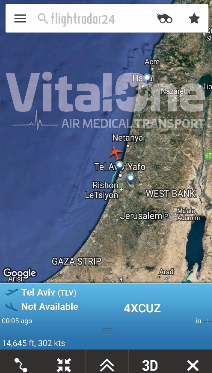 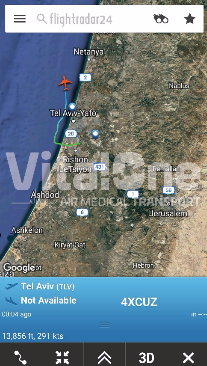 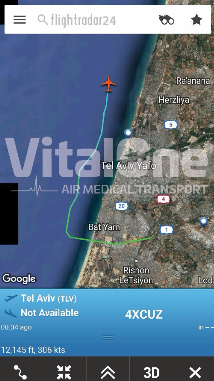