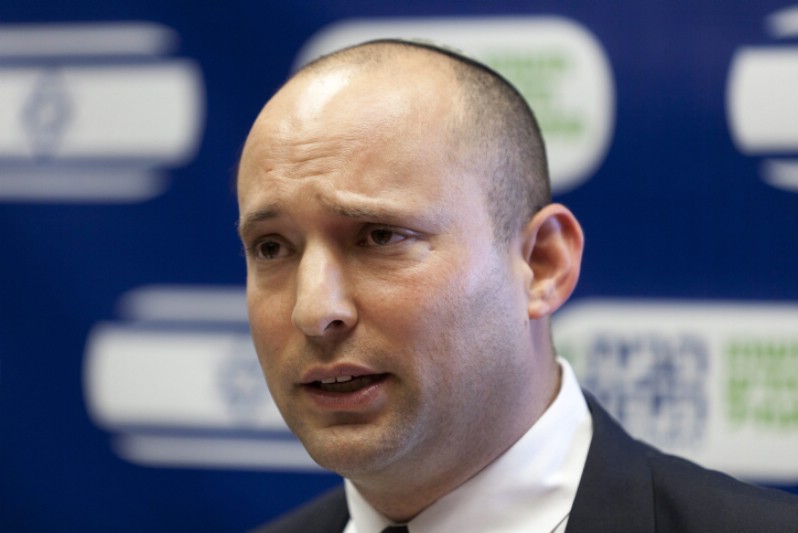 Ichud Leumi head and former MK Yaakov Katz (Ketzaleh) attacked Bayit Yehudi party leader Naftali Bennett for destroying the achdus in the right-wing camp. Katz explains he has worked for years to create unity in the kippa sruga community and Bennett is destroying this.

Katz added “If Bennett does not tell PM Netanyahu that if Amona is destroyed [again], his party will break away from the coalition government, then he can head back to the world of high-tech.

Katz used his weekly slot on Galei Yisrael to get his message out. Katz quoted Deputy Defense Minister (Bayit Yehudi) Rabbi Eli Ben-Dahan saying that if construction equipment is brought to Amona to dismantle the community, his party would not remain in the coalition. Katz is waiting for the party’s leader to make the same statement, which he has yet to make.

Katz reminds the dati leumi community that Bennett’s party lost four seats in the last elections because of what he calls “Bennett’s Torah-hating friend Yair Lapid”. He cites in addition; Bennett has poor advisors.

Katz is confident that Bennett will remain in the coalition and this will result in a split between Bayit Yehudi and Uri Ariel’s Ichud Leumi faction. Katz explains that just as Bennett lost the Torah community he will now lose the Eretz Yisrael voters and in the next elections, drop to 4-5 seats.