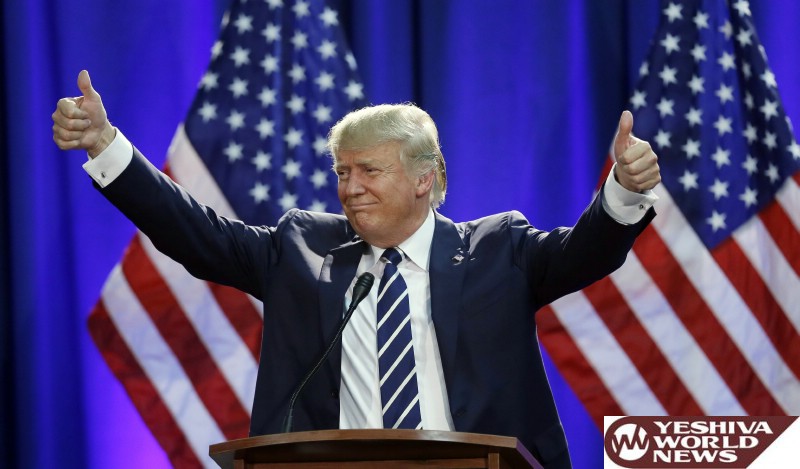 They said he would never win the nomination.

They said he would never win the presidency.

All week we have been hearing how he would lose. The pundits. The news anchors. The analysts. He had it all stacked against him.

But despite all odds, after a long and brutal campaign season, Donald Trump has become the 45th President of the United States.

Trump won the White House in a remarkable show of strength by the celebrity businessman and political novice who upended American politics with his bombastic rhetoric and calls for sweeping change.

Trump will also be the oldest first-term president; Ronald Reagan was older when he took office for a second term.

On June 16, 2015, Trump announced his candidacy for President of the United States at Trump Tower in New York City. He drew attention to domestic issues such as illegal immigration, offshoring of American jobs, the U.S. national debt, crime, and Islamic terrorism. He also announced his campaign slogan, “Make America Great Again.”

A New York real estate developer who lives in a gold-plated Manhattan penthouse, Trump forged a striking connection with white, working class Americans who feel left behind in a changing economy and diversifying country. He cast immigration, both from Latin America and the Middle East, as the root of the problems plaguing many Americans.

A victory for Trump threatens many of President Barack Obama’s major achievements. The Republican has vowed to repeal Obama’s landmark health care law, revoke the nuclear agreement with Iran and rewrite important trade deals with other countries, particularly Mexico and Canada.

Clinton’s stunned advisers went silent for long stretches of the night. As the results rolled in, the candidate tweeted to supporters, “Whatever happens tonight, thank you for everything.”

Exit polls underscored the deep divisions that have defined the 2016 contest. Women nationwide supported Clinton by a double-digit margin, while men were significantly more likely to back Trump. More than half of white voters backed the Republican, while nearly 9 in 10 blacks and two-thirds of Hispanics voted for the Democrat.

If Trump pulls off the stunning upset, he’ll govern with a Congress fully under Republican control. The GOP fended off a Democratic challenge in the Senate, winning key races in North Carolina, Pennsylvania and Wisconsin, and the party also extended its grip on the House.

The 45th president will inherit an anxious nation, deeply divided by economic and educational opportunities, race and culture. The economy has rebounded from the depths of recession, though many Americans have yet to benefit. New terror threats from home and abroad have raised security fears.

Clinton asked voters to keep the White House in her party’s hands for a third straight term. She cast herself as heir to President Barack Obama’s legacy and pledged to make good on his unfinished agenda, including passing immigration legislation, tightening restrictions on guns and tweaking his signature health care law.

But she struggled throughout the race with persistent questions about her honesty and trustworthiness. Those troubles flared anew late in the race, when FBI Director James Comey announced a review of new emails from her tenure at the State Department. On Sunday, just two days before Election Day, Comey said there was nothing in the material to warrant criminal charges against Clinton.

The Republican Party’s tortured relationship with its nominee was evident right up to the end. Former President George W. Bush and wife Laura Bush declined to back Trump, instead selecting “none of the above” when they voted for president, according to spokesman Freddy Ford.

House Speaker Paul Ryan, a reluctant Trump supporter, called the businessman earlier in the evening to congratulate him, according to a Ryan spokeswoman.