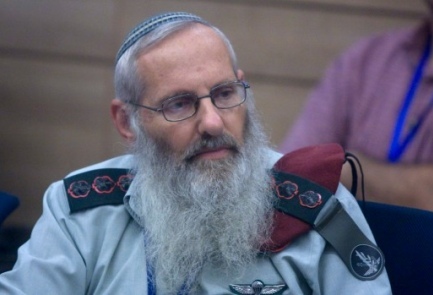 The state responded to the High Court of Justice, which froze the appointment of Colonel Eyal Karim as the next IDF Chief Rabbi. included in the state’s response is Rabbi Karim’s explanation regarding subjects found objectionable to the High Court.

Many rabbonim urged Rabbi Karim not to respond as they are outraged at the chutzpah of the High Court, which feels a rav has to explain halacha to them in order to be appointed as the Chief Rabbi of the IDF. Others were outraged at the court’s chutzpah for daring to question an appointment that was already approved by the IDF Chief of Personnel Branch, IDF Chief of Staff and Defense Minister.

Regarding his opinion on the inyan of Eishes Yifas Toar, Rav Karim explained he never has and never would condone attacking women in warfare and the subject is strictly a halachic one that is not applicable and should not be interpreted as acceptable practice for today.

Regarding his opinion dating back 15 years opposing women in the IDF, Rav Karim explains that he cannot change Halacha but he can find a way in which Halacha can accommodate new realities, and this includes women serving in the military. He promises that if appointed his policy will reflect this practice, accommodating females serving in the IDF.

And Rav Karim addressed the third objection, which was his outspoken view against toeiva and same-gender couples. He explained when he wrote about this many years ago he cited the pesukim and that the Torah prohibits it. Now he explains, years later, the medical community has found new information and he no longer feels these people are sick as he explained in the past, but the different theories that exist today that did not back then. He stated that nevertheless the Torah prohibits it but due to today’s new medical reality, one can have a different outlook to some degree.