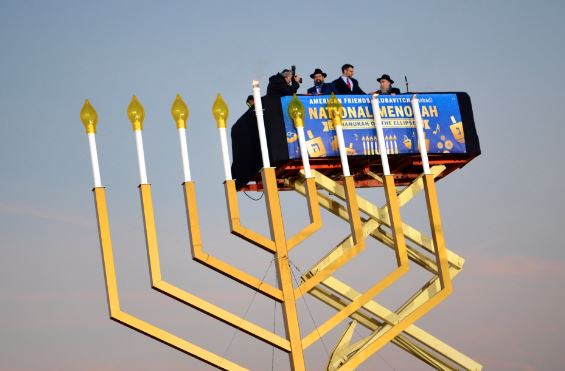 The rabbi in charge of the National Hanukkah Menorah lighting used the ceremony, held Sunday just steps from the White House, to criticize the Obama administration’s decision to allow the United Nations to pass a resolution condemning Israeli settlements in the West Bank and portions of Jerusalem as illegal.

Rabbi Levi Shemtov, executive vice president of American Friends of Lubavitch, turned an Obama administration official’s speech about “fighting darkness with light” on its head, evoking Israeli Prime Minister Benjamin Netanyahu — who has had an antagonistic relationship with President Obama — and urging Jews not to despair about the “darkness” cast by the United Nations vote.

Shemtov spoke after remarks by Adam Szubin, acting treasury undersecretary for terrorism and financial intelligence, and the Obama administration’s representative Sunday at the event.

Szubin delivered a short speech focusing mainly on the significance and symbology of candles and light as they pertain to Hanukkah and later helped to light a 30-foot menorah.