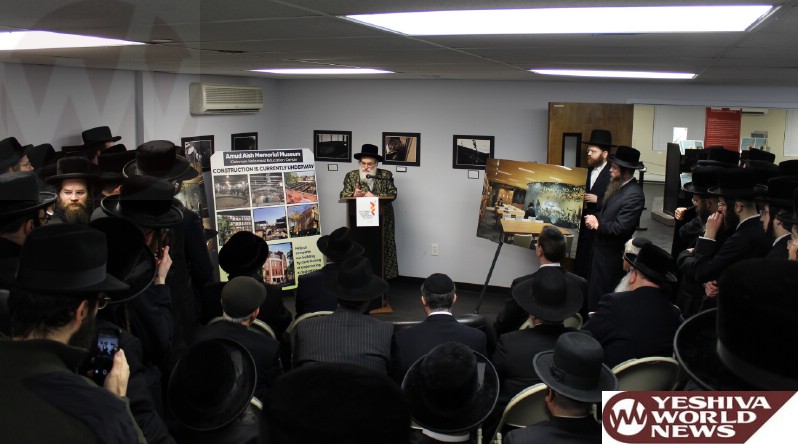 On Wednesday morning, December 21, the Viznitzer Rebbe from Eretz Yisroel, HaRav Menachem Mendel Hager Shlita visited the temporary facilities of the Amud Aish Memorial Museum (Amud Aish) and Kleinman Holocaust Education Center during a two-day trip to New York. The visit featured the Rebbe affixing a mezuzah to the doorpost leading to the new exhibit, Hidden Children and the Holocaust; a L’Chaim; speeches by the Rebbe and museum board members; and a tour of the new exhibit. Among those taking part in this historic visit to the museum were State Senator Simcha Felder, City Council member Chaim Deutch, Executive Vice President of Agudath Israel of America Rabbi Chaim Dovid Zwiebel, and former Secretary General of the World Jewish Congress Israel Singer.

Mr. Elly Kleinman, Founder and President of Amud Aish, welcomed the Rebbe and his entourage and gave a brief overview of the mission and importance of the museum and education center and its global impact on current and future generations. He thanked the Rebbe for his chizuk as well as his very enthusiastic support of the museum.

Mr. Shlome Chaimovits, Vice President of Amud Aish, whose family are Viznitzer chasidim for generations, related that three months ago, he had a discussion with the Rebbe regarding the activities of Amud Aish, and the Rebbe with great enthusiasm requested to visit the museum during his next trip to the United States. Mr. Chaimovits emphasized the chizuk it is for all of those involved in creating the museum to have the Rebbe come. He then played an audio of the Rebbe’s father, the Yeshuos Moshe zt”l, emotionally saying selichos and speaking on a visit to Auschwitz in 1988.

Although the Rebbe had not planned on speaking, he said he felt he had to address the assembled. After saying a devar Torah, the Rebbe noted how appropriate the name “Amud Aish” is for such an important institution and said, “I wish the museum – staff and board members – continued success as you educate future generations about emunah, Kiddush Hashem, and the eternal resilience of Klal Yisroel. Your work here is crucial. People think we don’t need to remember, but the Torah commands us to remember. The youth must learn from the mesiras nefesh of those Yidden. I came here because I wanted to show my support of the museum which is unique in the entire world. I want our chassidim to come here.”

During the tour of the new exhibition, Rabbi Dovid Reidel, Director of Research and Archives for Amud Aish, showed the Rebbe a selection of the important pieces in the museum’s collection. These include Holocaust-era artifacts such as a Chevra Kadisha ledger from Bergen Belsen and a mishnayos smuggled into Auchwitz. The Rebbe grew emotional as he viewed a child’s tzitzis left in a ghetto when the child was taken to Auschwitz. He repeatedly expressed that hearing about what took place is in no way comparable to actually seeing the artifacts and we must teach the children to know.

The Rebbe then led the assembled in song and dance. Rabbi Reidel presented the Rebbe a bound book of reproductions of historic documents from Amud Aish’s archives pertaining to the Viznitzer Rebbes. These include a handwritten letter from the Rebbe’s grandfather, the Imrei Chaim zt”l, and several documents from the museum’s rescue collections detailing efforts to aid the Rebbe’s grandfather and family during the war.

The Rebbe then concluded the visit by wishing all those assembled l’chaim and continued success; and he stressed that he wants to visit again at length in the future iy”h.

“It is a great honor to show the Rebbe the work the museum has been doing for the last several years to tell the story of the Jewish people during our darkest hours—revealing the light that was never extinguished,” said Rabbi Sholom Friedmann, Director of Amud Aish. “We welcome donations of documents and artifacts from families around the world to help us learn about what happened and how our people survived. When the museum opens next year in Boro Park, the full story of the Holocaust will finally be told.”

The exhibition that the Rebbe toured, Hidden Children and the Holocaust, is part of this year’s education program at Amud Aish. School groups visit the new program to learn about previously untold stories of survival, heroism, sacrifice, loss, and faith against all odds—from the perspective of the children who went through it. The Amud Aish school program in Mill Basin, Brooklyn, accommodates grades 6 through 12. School visits are content-rich experiences that support the New York State social studies standards and align with Common Core Standards. In the last three years, 18,500 students have seen and heard presentations, delivered by the museum’s talented and knowledgeable staff. Tours are available in English, Hebrew, and Yiddish. The online group reservation system is currently taking requests. 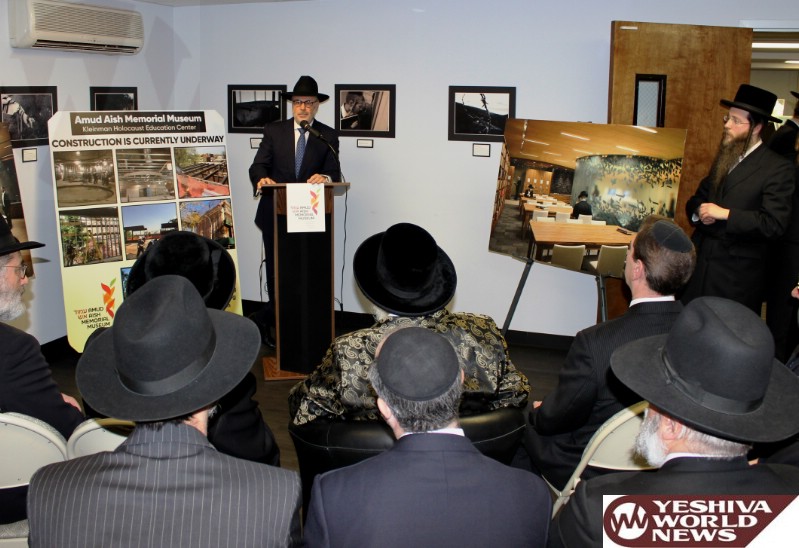 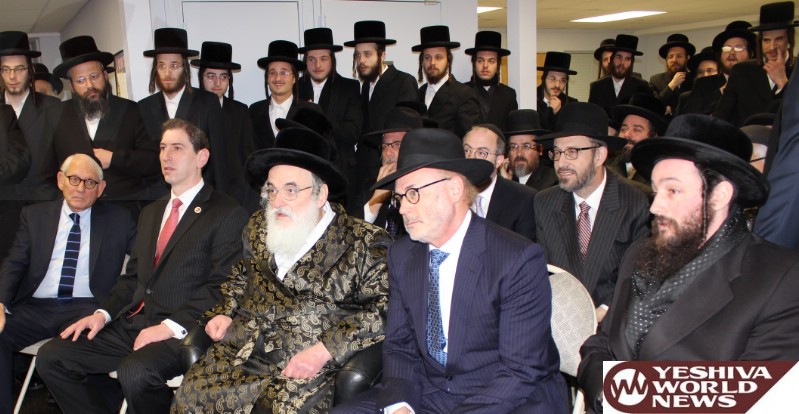 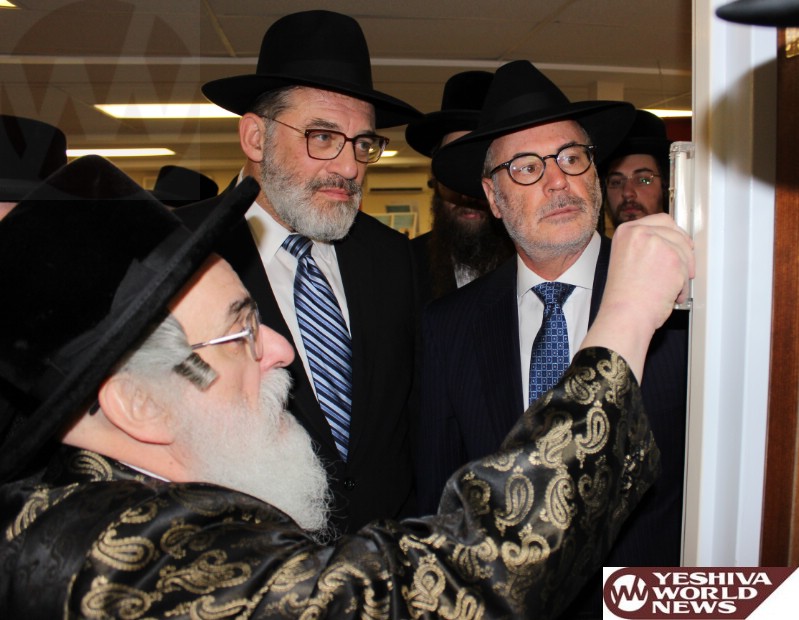 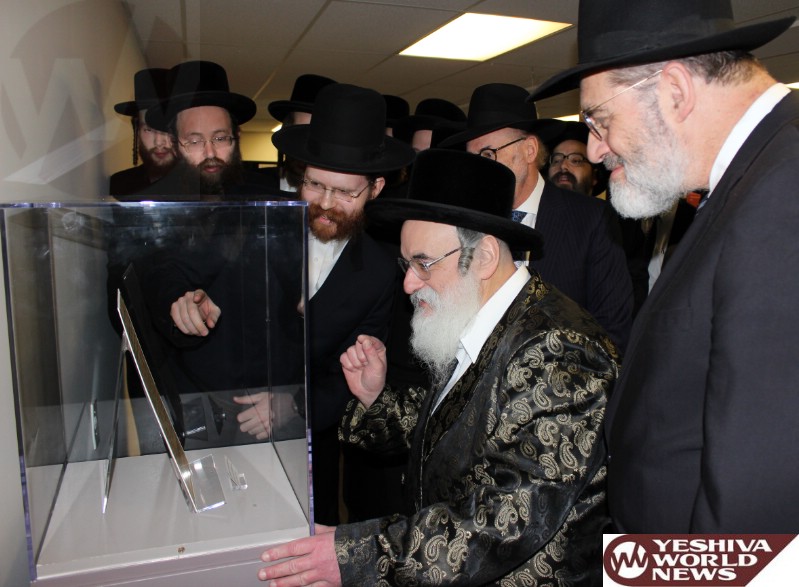 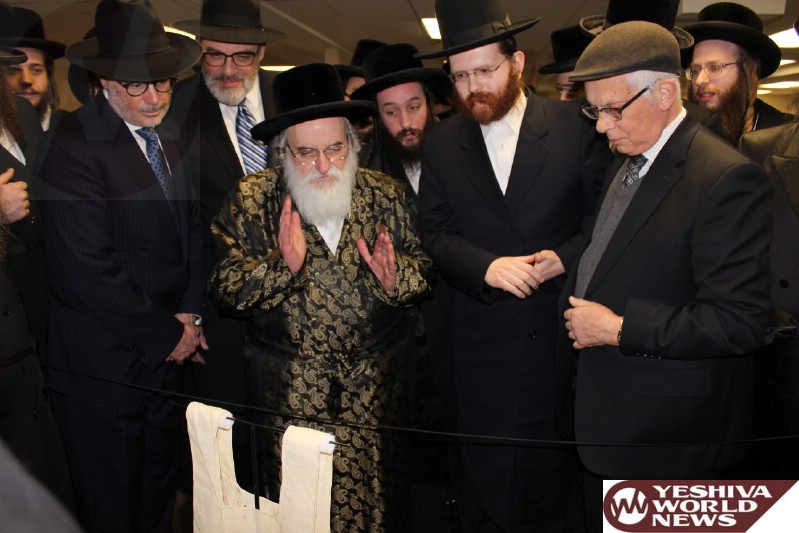 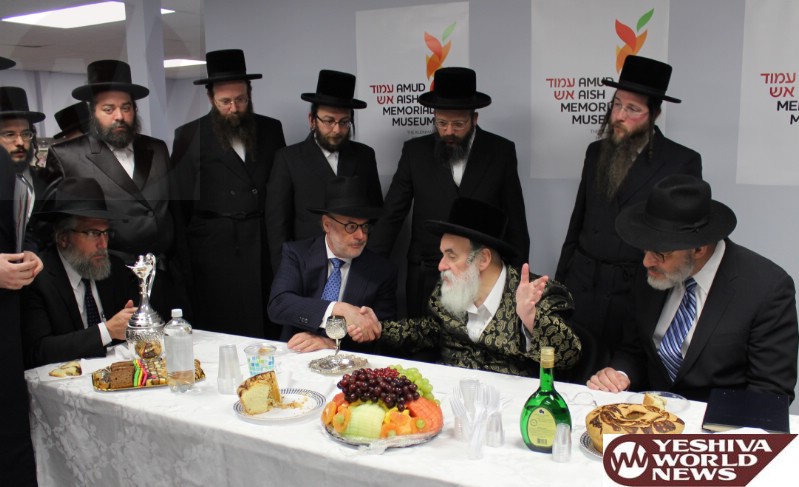 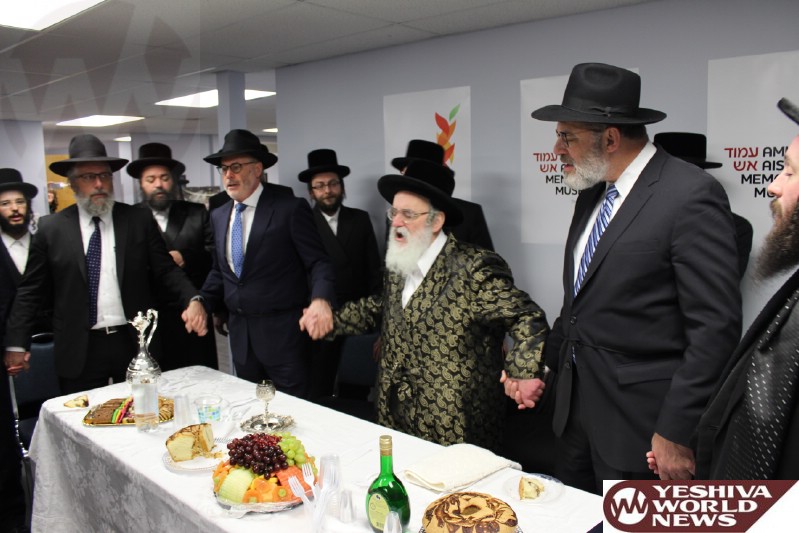 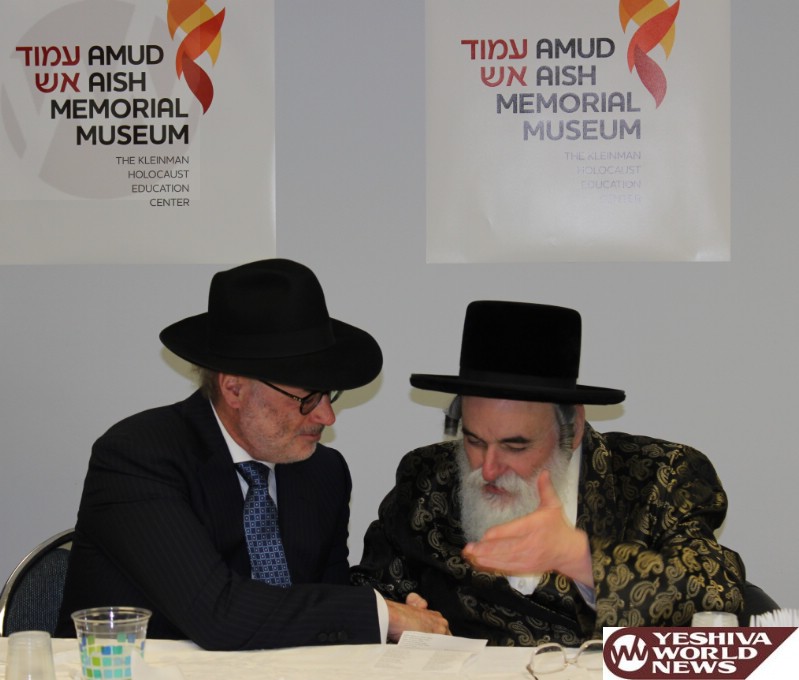 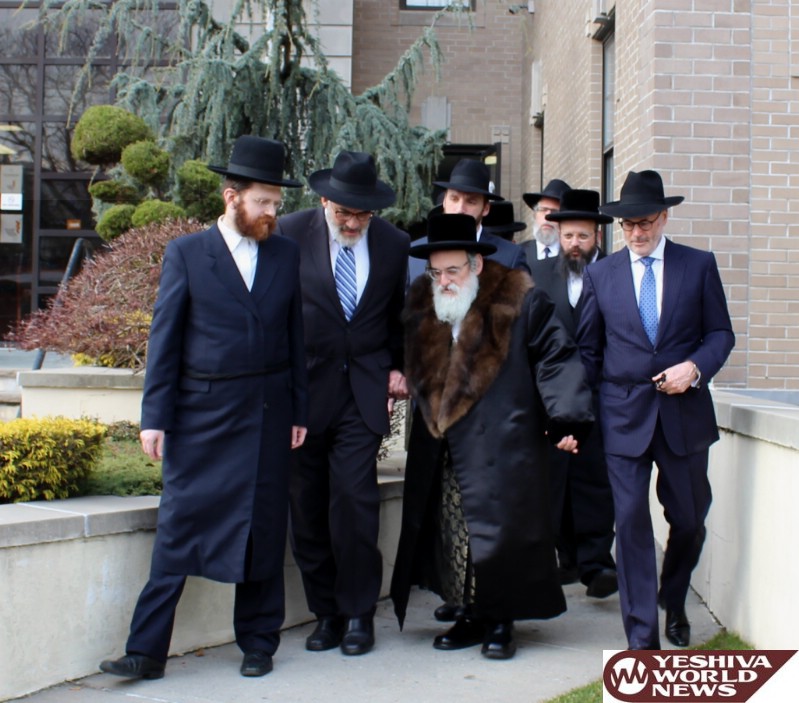