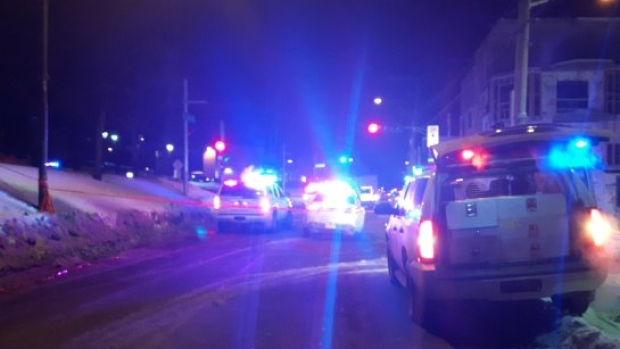 Five people have been killed in a shooting at a Quebec City mosque, the president of the center said Sunday.

Authorities did not confirm the number of fatalities.

“Tonight, Canadians grieve for those killed in a cowardly attack on a mosque in Quebec City. My thoughts are with victims & their families,” Trudeau tweeted.

He later said on Twitter that he spoke to Quebec’s premier and was being briefed by officials. The prime minister said the government had offered “any & all assistance needed.”

Public Safety Minister Ralph Goodale said on Twitter Sunday that he was deeply saddened by the loss of life. His office says no motive had been confirmed.

In the summer of 2016 a pig’s head was left on the doorstep of the Quebec Islamic Cultural Centre.