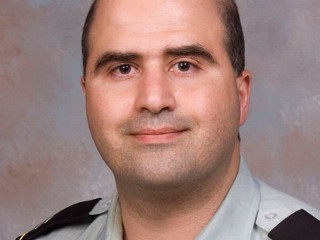 Maj. Nidal Malik Hasan will return to Fort Hood today for only the second time since the shooting there that killed 13 people and wounded dozens.

Hasan will be surrounded by a security cordon early today as he enters a small, fortified post courthouse, faces the judge who oversaw the most infamous of the Abu Ghraib defendants and starts a legal process that could end in his execution.

The Article 32 evidentiary hearing will determine if he goes to trial for the Nov. 5 mass shooting.

He’s been in Bell County Jail in Belton, paralyzed from the chest down, after more than five months at Brooke Army Medical Center.

The hearing initially will be devoted to a series of motions. It will resume, probably next month, with a potentially long list of witnesses.

The Army has turned to one of its most senior attorneys, Col. Michael E. Mulligan, to prosecute the case. It has assigned a highly regarded defense attorney, Lt. Col. Chris Poppe, to assist retired Army Col. John P. Galligan.

A one-time Army judge practicing in Belton, Galligan, 61, said it’s unusual for the Army to send prosecutors from Washington to try a case.

He called Mulligan’s group a “hit team” that is certain to seek the death penalty.

Neither side is talking about strategy as this week’s hearing begins.

But once the proceeding wraps up, Pohl will send his recommendations to Col. Morgan Lamb, commander of the 21st Cavalry Brigade, Hasan’s unit.

Lamb will forward his recommendations to higher officers, perhaps Fort Hood’s commander, Lt. Gen. Robert Cone, who will decide whether a trial will be held, and, if so, when and where.

“There will be no witnesses or evidence, and the defense will be complaining like it has all along about not getting the necessary discovery,” Galligan said of the hearing, and he predicted it would be a “carefully choreographed” proceeding.

“It’s like going to a DWI case and not getting the police reports. They’re hiding the ball.”