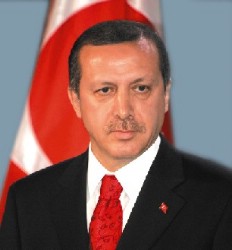 As Turkish Prime Minister Recep Tayyip Erdogan continues playing the world’s champion of human rights, four professors from Bar Ilan and Georgetown Universities have sent a letter to Prime Minister Binyamin Netanyahu seeking official Israeli recognition of the Armenian genocide and an official call to Turkey to bring an end to its occupation of Cyprus.

Signing the letter are Professors Yossi Katz, David Tzuriel, and Yaakov Katz, all from Bar Ilan and Dr. Ofir Yisraeli from Georgetown.

In the letter, they decry Turkey’s “hypocrisy”, pointing out that despite the many agreements signed between Israel and Turkey, the latter is rapidly become an adversary of Israel.

The academics feel that over the years, Israel has refrained from addressing the slaughter of Armenians during World War I and immediately thereafter, opting to place strategic ties with Turkey over doing the correct thing, but now, Israel can indeed adopt a morally commendable position towards compelling Turkey to accept responsibility for its actions.

They area also calling to demand that Turkey make painful concessions regarding its ongoing occupation, including autonomy for the Kurds located in southeastern Turkey.

The professors urge the prime minister to adopt their position, implementing the new rules of play as Turkey has done. They point out that such a step is critical towards revealing Turkey’s hypocrisy to the world following the Gaza flotilla incident and Turkey’s self-portrayal as a champion of peace and justice.