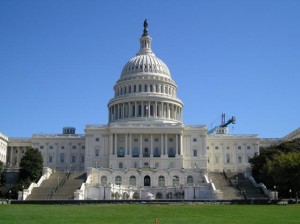 The measure, which passed by a 61-38 vote, contains $16.1 billion in additional Medicaid money and $10 billion to prevent layoffs of teachers and first responders.

State officials have been desperately lobbying their representatives, saying they need the money to shore up their budgets. About 30 states had already included the additional Medicaid funds in their fiscal 2011 budgets, which began July 1, and would have to cut further if it doesn’t come through. The bill is expected to save 290,000 jobs, according to Senate Democrats.

President Obama also weighed in Monday, asking lawmakers to pass the additional assistance to the states, which has been kicking around Congress in various forms for months.

Senate Democrats needed to garner at least 60 votes for the measure to pass this initial vote, meaning some Republicans had to cross the aisle. That help came in the form of Maine Republicans Susan Collins and Olympia Snowe.

A final vote could come late in the week, just before the Senate is scheduled to recess for the long August break. The chamber will vote before it leaves town, a Senate Democratic leadership aide said.

The measure would then have to go back to the House, which has already recessed. But Speaker Nancy Pelosi, D-Ca., said in a statement that she would call the chamber back into session early next week.

The Senate was originally scheduled to vote on the measure on Monday, but Reid pushed it back to amend the legislation after learning it would increase the deficit by $4.9 billion despite offset measures. The amended bill reduces the deficit by $1.4 billion.

The GOP, however, is not taking kindly to sending more aid to the states, saying the original $787 billion stimulus package was meant to do that.

“The trillion dollar stimulus bill was supposed to be timely, targeted and temporary,” said Sen. Mitch McConnell, R-Ky. “Yet here we are, a year and a half later, and they’re already coming back for more. The purpose of this bill is clear: it’s to create a permanent need for future state bailouts, at a time when we can least afford it.”