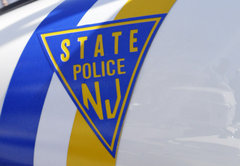 Colonel Rick Fuentes, Superintendent of the New Jersey State Police, admitted to speeding on the Garden State Parkway and is getting a speeding ticket.

A spokesman for the department told NBCNewYork that one of Fuentes’ troopers stopped the Superintendent’s unmarked police car after clocking it at 75 miles per hour in a 65 mph zone, where the road runs through Paramus.

At the time, the trooper decided not to give his boss a ticket.

“A trooper has the ability to use discretion,” explained Captain Gerald Lewis, spokesman for the department.

He added, “30 percent of [trooper] stops end with no action,” in explaining how wide that latitude can be.

“The Colonel took the discretion out of the Trooper’s hands,” said Lewis in explaining that within hours after the stop, Fuentes “self-reported it to the Office of Professional Standards.”

The OPS then decided to issue Fuentes a ticket, according to Lewis.

He was also issued a written reprimand, which Lewis explained happens to any trooper who gets a traffic ticket.

“He [the Trooper] was doing his job and doing his job effectively,” said Lewis, who added “I think the colonel should be commended for accepting responsibility for his actions.”

Lewis also said “The colonel was pleased with the trooper’s performance.”

Fuentes was first appointed Superintendent back in 2003 by then-Governor James McGreevey, a Democrat.

Earlier this year, he was reappointed to the post by Governor Chris Christie, a Republican.