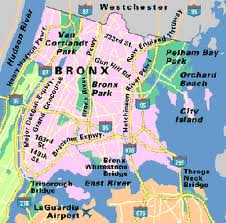 Out of all 62 counties in the Empire State, New York City is home to the one ranked the least healthy by a new study – plagued a high number of premature deaths, overweight adults, and lack of doctors visits.

The national study by the University of Wisconsin and the Robert Wood Johnson foundation ranked the Bronx as the least healthy county in New York for the second year in a row, the Daily News reported Thursday.

Among the factors evaluated by researchers were levels of air pollution, smoking rates, obesity, teen pregnancy and access to healthy food.

As it turns out, the percentage of adults in “poor” or “fair” shape in the Bronx is 10 percent higher than the statewide average of 16 percent. Additionally, there are 8,139 premature deaths per 100,000 people in the Bronx, while the average statewide is 5,933.

And although Manhattan, Staten Island and Queens fared significantly better in the study – coming in at 25, 28 and 20, respectively – Brooklyn apparently has some shaping up to do. The county ranked 58th.