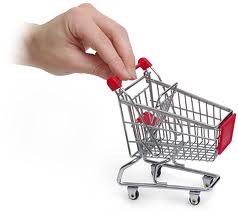 New York State rolled back its 4 percent sales tax on clothing and shoes that cost less than $55.

The Big Apple was following the state’s lead, meaning for shoppers, the price you see is the price you pay. In many other areas however, including Westchester County, local taxes totaling 3 or 4 percent will still be added to the total.

Until last October, clothes and shoes under $110 were exempt from the tax. Lawmakers said they’ll raise the limit back to $110 next year.