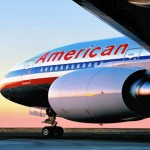 Four passengers apparently fainted on an American Airlines flight headed to Chicago from Washington D.C. because of a possible issue with cabin pressure.

An American Airlines spokesman told NBC News that a couple flight attendants got dizzy as the plane reached 28,000 feet and asked the pilots to drop the oxygen masks just in case.

The pilots began looking for a place to land and Flight 547 diverted to Dayton International Airport, spokesman Ed Martell said.

The plane landed safely and the 134 passengers and six crew walked out of the plane. Two female passengers were taken to a local hospital as a percaution.

American is in the process of bringing another plane into Dayton to continue the flight to Chicago.

Earlier this week, a Portland, Ore.-bound flight from D.C. made a “level two emergency” stop in Chicago after passengers said three men were acting strangely, even fighting with flight crews.